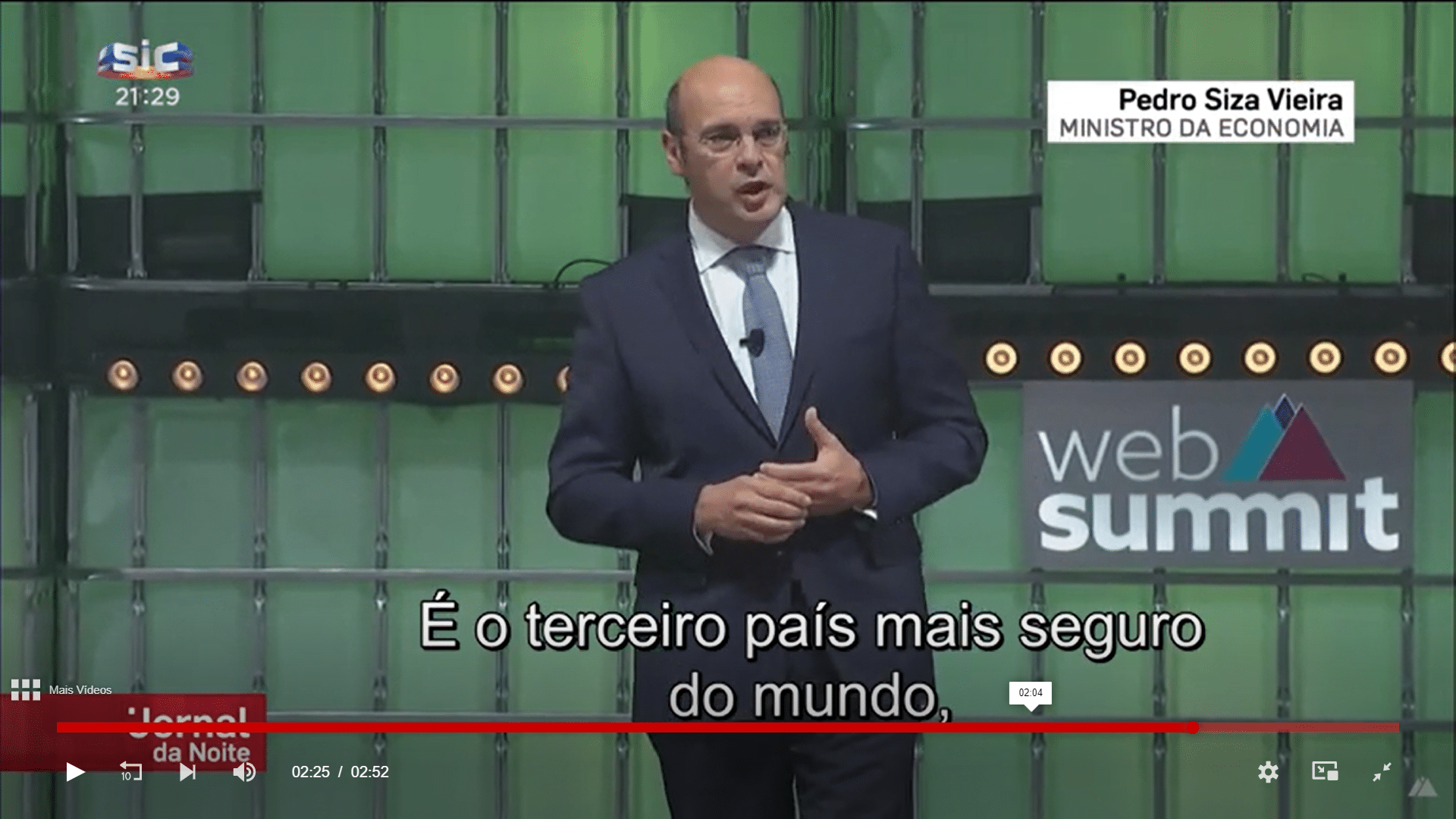 Portugal’s political instability may be the chief concern of national media today, but ‘further afield’ the messages have absolutely nothing to do with politics – much more on substance, quality of life and promise.

Once again, the country’s stellar vaccination roll-out (Portugal is the leading country in Europe, according to Our World in Data) was trailed as one of the reasons why this little country on the edge of Europe is such a ‘safe bet’.

This year’s Global Peace Index ranks Portugal as the world’s 4th most peaceful country (after Iceland, New Zealand and Denmark); in Mr Siza Vieira’s opinion it is also the “third safest country on the planet” – and a great place to do business in because it is “open, tolerant and multicultural”.

His upbeat message to the many thousands of techies attending this week’s event, was: “I hope you like the Web Summit, and I hope you enjoy these precious days in Lisbon…”

He also hopes today’s visitors “come back, talk to friends and business partners and tell them that Lisbon and Portugal are places to live and invest, to do business…”

If PS political leaders are concerned they may not be voted back in the upcoming elections, there was no sign of this showing yesterday.

Mr Siza Vieira extolled Portugal’s progress in energetic transition: “From January to September (this year) two thirds of our electricity came from renewable sources… we are guaranteeing that costs for large consumers, for industries and businesses are lower than they were before and this path is certain to continue… we will not stop, we will accelerate climatic transition… we have already progressed in digital transition – and this has been a great year for start-ups”, he added, pointing to an annual rate of growth in the capture of investment of 160%.

Techy start-ups have already shown themselves to be “the only thing that kept the economy alive” (during the worst of the pandemic) which demonstrates “a promise for the future”.

It was a hugely positive intervention, following an equally positive speech given by the new mayor of Lisbon Carlos Moedas who told the sell-out audience that he means to make Lisbon “the world capital of innovation”.

“Come to Portugal” was the message from both men, irrespective of the fact they represent different sides of a uncharacteristically murky political spectrum.

The Web Summit will continue through till Thursday, which coincides with the day President Marcelo has also said he will be speaking to the country to mark the date for Portugal’s early elections.