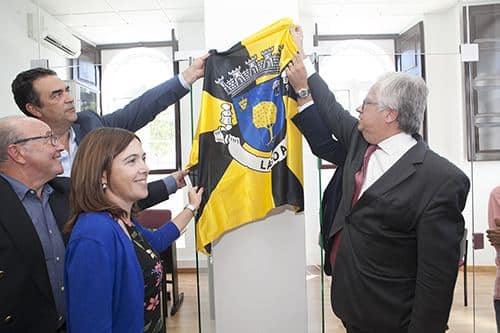 The leader of the centre-right CDS-PP party said last week that despite tough times, Portugal as a nation could find its way out of its current financial and economic mess.

Addressing businessmen at the American Club, Paulo Portas began by referring to the Prime Minister José Sócrates’ interview on national television last Monday in which he stated there were “10 million voters between Portugal and the International Monetary Fund”.

“He is wrong. There is only one, the prime minister and his policies of indebtedness that have brought Portugal to the IMF,” said Paulo Portas, adding that it was vital that politicians had the capacity to understand that the country was without money, that its banking sector had no access to credit and a nation that was saddled with a debt that was “destroying us”.

“The prime minister still thinks that it’s a good idea to have the TGV that would get us into even more debt. There are 10 million Portuguese with their feet firmly on the ground, unlike Mr Sócrates who is floating in the stratosphere,” he said.

Paulo Portas said it was not the first time that Portugal had faced bankruptcy in the past two centuries.

What Portugal was going through today had happened three times in the 19th century and twice in the early 20th century in the lead-up to the Estado Novo dictatorship in 1928.

“The consequence was a loss of our autonomy,” he said, warning that the same was happening again with regards to the European Union and International Monetary Fund.

Stating that the situation was “grave”, the politician said that there were two issues at stake: one was Portugal’s debt which five years ago stood at €80 billion and within five years had doubled to €170 billion.

“The responsibility is not the world, it’s down to those who have been running the country and their policies,” he said, adding that interest rates on State borrowing alone represented €6 billion per annum.

Paulo Portas said that the amount paid in interest rates alone on the public debt was almost equal to the entire wealth created by the country in a year.

“I think it is unbelievable that the government authorises the State to get into debt in such a manner, it’s irresponsible,” he said, adding that Portugal paid as much in servicing its debts as it did in investing in human capital for Portugal’s education and health system.

Paulo Portas also stressed that the debts generated from Private Public Partnerships was not included in these numbers.

“These PPPs should not have happened. The State wants to do works, ministers want to inaugurate projects but the State doesn’t have the cash and asks the private sector to stump up the money which will only do if the project it is profitable. Therefore, since many projects aren’t profitable, the taxpayer foots the bill because the State stands as guarantor,” he said.

The interest rates in the secondary (bond) markets had gone into two figures, Portugal’s ratings had successively been downgraded in terms of both the State and its public entities, approaching ‘junk status’ which meant that neither sectors could get financing.

The banking system which depended on the European Central Bank for funding had decided not to grant the State any more credit while the social cost after two recessions within two years was without precedence, affecting the elderly, the young and the vulnerable.

The only solutions were simple to say but had to be done no matter how painful: 1) not let the financial situation get any worse 2) not involve the State in public works projects it couldn’t afford 3) Produce more, export more, import less and get back to the basics.

The leader of the CDS-PP also said he had serious reservations at the idea that Portugal’s largest bank, Caixa Geral de Depósitos, should be privatised at the moment because “the sale would not fetch a good price” given the current economic climate.