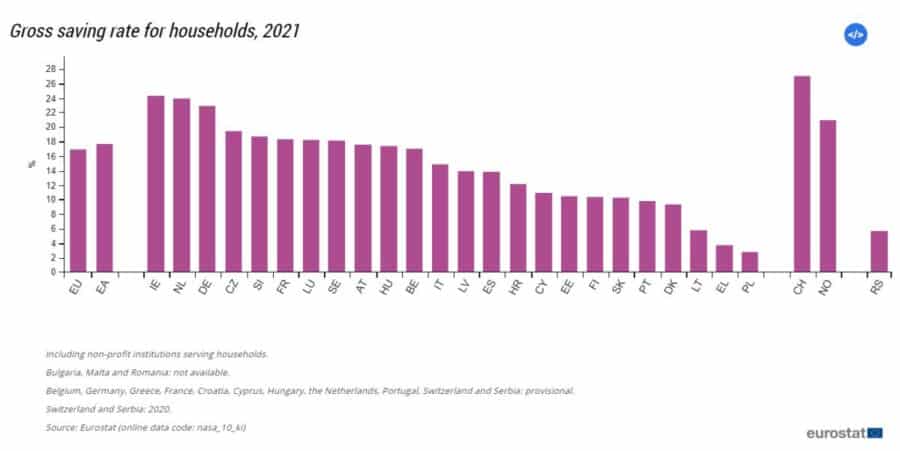 The Portuguese population is among those that save the least in the European Union. This is the conclusion of data compiled by Eurostat for 2021 which shoes that Portuguese families managed only to save 9.8% of their incomes. Ireland is the European country that appears to have the most people saving (on average 24% of their incomes). Response to this short news story has seen a number of comments referring to the comparatively low wages earned in Portugal, and the increasingly high prices for basic goods.