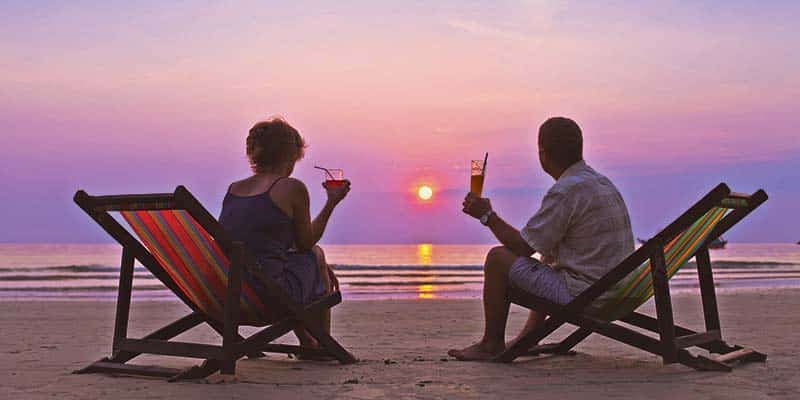 A US ranking has put Portugal in 5th place for ‘the Best Countries to Comfortably Retire’ to … as long of course as people are foreign and on healthy pensions. (A national spending his/ her retirement in Portugal is more than likely to be strapped for cash, and still working ‘on the side’).

But taking the ranking on face value, Portugal comes behind Spain, Australia, New Zealand and Switzerland.

Bearing in mind two of these countries are no-go areas due to the pandemic, and one is invariably described as ‘hideously expensive’, the choice really comes down between Portugal and Spain.

In other words, if people like the sun and want accessibility, there are only two places to choose from.

The 2021 Best Countries for a Comfortable Retirement based on scores from people 45 years or older who consider themselves ‘upper class’, are ranked on seven attributes: affordable, favorable tax environment, friendly, is a place I would live, pleasant climate, respects property rights and has a well-developed public health system.

It is in the latter bracket that Portugal may have fallen down: the health system side of its ranking scoring only 20.6, compared to Spain’s 34.1.

When it comes to ‘friendly’ (or rather ‘family-friendly), the country comes in with a round 88, while Spain scores a whopping 96.2.

Safety (as a country) is another major draw: Portugal beating Spain in this category with a 67.2 versus Spain’s 56.

This is Portugal’s first time within the ranking’s Top Five. The country is described as having a “relatively low cost of living and retirement tax laws that have made retirement in the country easier for expatriates”.

This latter point has been a bone of contention among certain political parties which claim to see no sense in Portuguese nationals paying more tax than well-heeled foreigners. But for the purposes of attracting new residents whose spending power will bring benefits to many areas of the economy, retirement perks for expats in Portugal look most certainly here to stay.

For a look at the Comfortable Retirement study click here