A special Eurobarometer study shows Portugal is the second country in the bloc “most feeling the economic consequences of the war in Ukraine, which most European countries say they haven’t yet felt”.

According to Expresso, almost 50% of people in Portugal think maintaining standards of living should take precedence over the defence of democracy and freedom.

“The results show that in general the Portuguese are more concerned with the consequences of the war, and consider themselves less prepared than the ‘European average’.

These numbers clearly show that Portuguese people are already feeling the impact of the war on their standards of living”, says the paper.

Pessimism over the future (a well-known Portuguese trait at the best of times) shows that 57% of people in this country are pessimistic, compared to just 40% of Europeans generally.

The question as to whether or not it is more important to defend European values, or maintain standards of living, saw 49% of Portuguese nationals opt for the latter, when the rest of Europe saw almost 60% of citizens more concerned with questions of democracy and liberty.

A further question, turning the issue round, asking people if “maintaining prices and the cost of living should be a priority even if it threatens common values” saw 45% of Portuguese agreeing – against a European average of only 39%.

“National preoccupations are even more clear when people were asked what the priorities of the European Parliament should be”, says Expresso.

“For the Portuguese, the absolute priority should be the fight against poverty (66% of nationals gave this answer, as opposed to only 37% in the rest of Europe), followed by defence of (State-subsidised) public health (53% against a 35% average elsewhere) and financial support for the creation of employment (52% as opposed to 30% in other countries)”.

“These results show we have the perception that we are a poor country, and that we are more worried than hopeful”, Henrique Burnay, a consultant in European affairs, tells Expresso – stressing none of these findings are in any way surprising.

But he warned reticence will spread to the rest of Europe – which raises another question “which has to do with the instruments that will be used to combat the crisis, which could exacerbate the asymmetries that already exist”.

Other points coming out of the Eurobarometer study are that the image of the European Parliament across the board has increased. Portugal is the third country that has most improved its perception of the institution, behind Ireland and Malta.

“Another interesting aspect”, says Expresso, “is that the percentage of Portuguese who have a positive opinion of Russia is 2% – much less than the European average of 10%”.

To this last point, Burnay suggests “for a country that is geographically distant from the war, it shows the Portuguese understand what is going on and treat the matter with the dignity it deserves. In moments of crisis people realise Europe is important and that it is where the solution to problems” (will be found).

Expresso concludes: “This Eurobarometer is a spring special of the European Parliament and is the first assessment of European sentiments towards the war and the signs of the economic crisis that is taking hold in some sectors. The interviews were carried out between April 19 and May 16, and results were taken from 26,580 Europeans, (including 1,006 Portuguese)”. 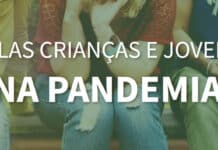