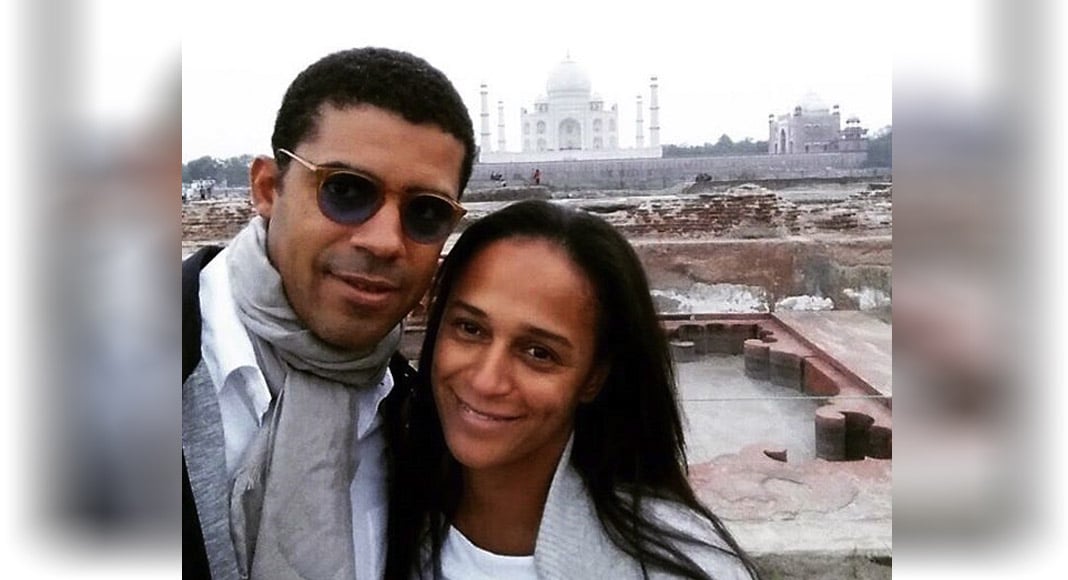 Portugal is said to be investigating houses purchased by Isabel dos Santos – the daughter of former long-term Angolan president Eduardo dos Santos – as the 46-year-old wanted for questioning in Angola over the Luanda Leaks dossier has posted a happy snap of herself and her husband posing on Valentine’s Day outside the Taj Mahal in India.

Says Correio da Manhã, Ms dos Santos appears to have lost weight since Luanda Leaks peppered global headlines – but she certainly doesn’t look concerned, despite being cited as an official suspect in an investigation into allegations of gross financial misconduct and money-laundering on a gargantuan scale.

Sol online claims that an investigation by DCIAP, the department of criminal investigation and penal action, “has detected that a large chunk of the money diverted from (Angola’s State oil company) Sonangol in 2017 was applied Portugal a year later on property”.

Seizure of those properties has now been requested by authorities in Luanda.

Without identifying them, Sol says the properties are in Lisbon and the Algarve.

DCIAP inspectors working under public prosecutor Rosário Teixeira have ‘connected the dots’ in an exercise of ‘follow the money’ and are quite convinced the money used for their purchase emanated from Angola’s State Oil company.

The real estate has not been purchased in Ms dos Santos name, says Sol, but by an offshore company. This doesn’t in itself “exclude the possibility” of Portugal ‘seizing’ the properties as requested by the Angolan Attorney General’s office.

These developments have long been expected, as has ‘fall out in Portugal’ as a result of Luanda Leaks.

A number of Portuguese have been cited along with Ms dos Santos in the investigation headed up by Angola – among them the banker who committed suicide in his garage in Lisbon last month (click here).