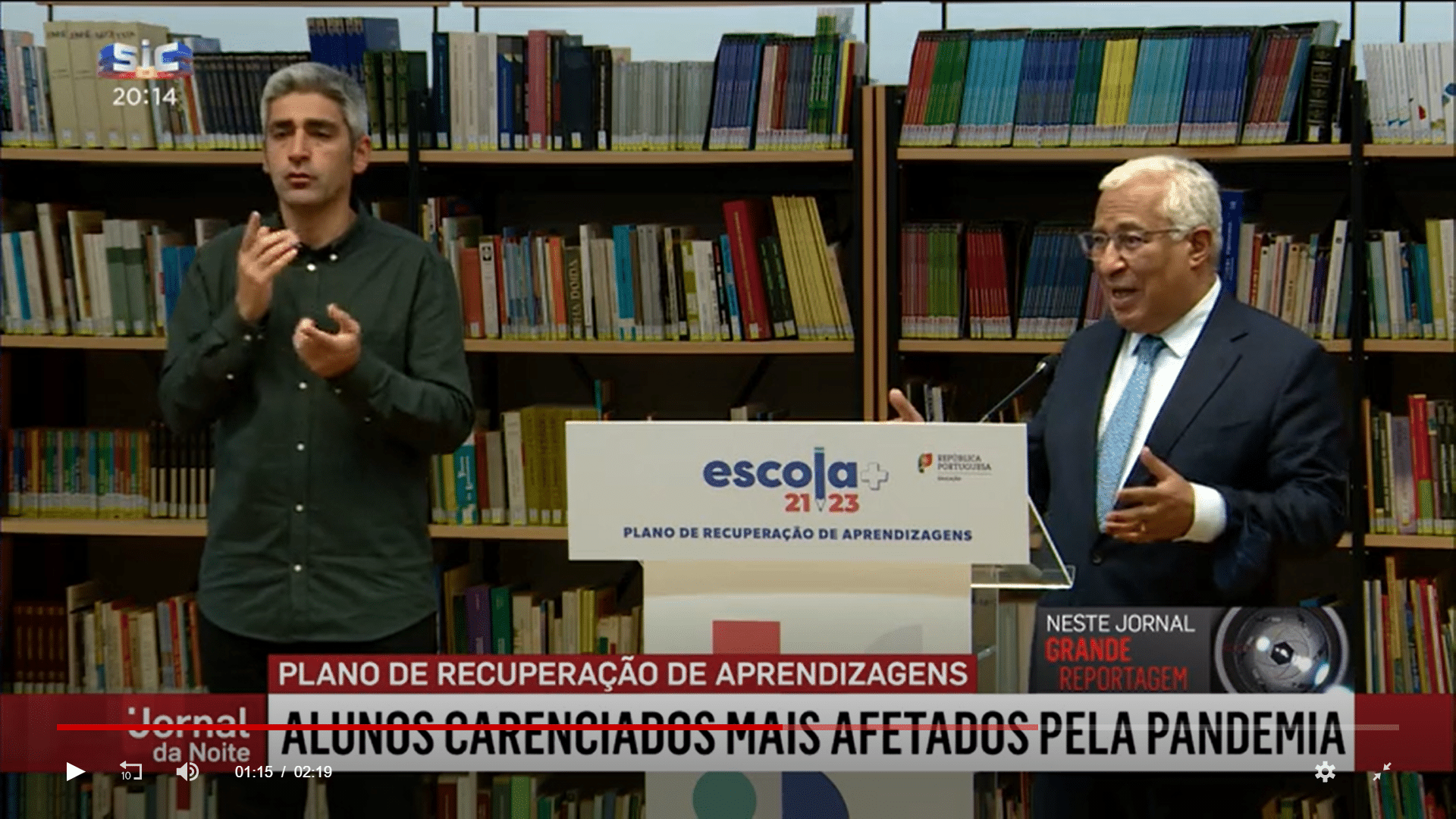 A plan to invest around €900 million in helping schools and pupils ‘recover education affected during the pandemic’ has been announced by education minister Tiago Brandão.

“We want to recover and consolidate what pupils did not learn and guarantee that no-one is left behind”, he said in Amadora yesterday, explaining the plan will include the hiring of more teachers and increasing the offer of pre-school education in areas where it is lacking.

One specific measure will be to ensure that pupils who pass this current academic year with negative grades in ‘one or two subjects’ can be given the chance of making up these grades at extra lessons.

Prime minister António Costa, who was also present at the announcement at Escola Secundária Dr Azevedo Neves, said the two-year investment is a bid to ensure that “the consequences of this pandemic do not impact long-term on the lives of a generation that has had its education deeply affected”.

For now, schools are being encouraged to work out how they would like to take advantage of the extra money within what is being called “the School Plan 21-23”.

Further details may emerge following consultations with parents associations and ‘other partners’.