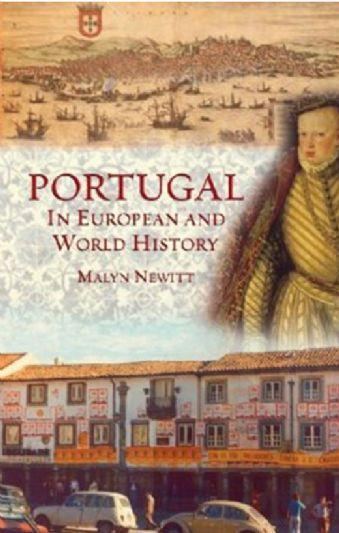 Portugal is a country that has sometimes been dismissed as small and relatively unimportant. ‘Portugal in European and World History’ however, demonstrates that the contrary is true, showing that Portugal has been of major importance in the development of Europe and the modern world.

Spanning many centuries, from early Moorish times to the Atlantic Empire; the English Alliance of 1650-1900; African colonies; the Salazar regime; and the country’s liberal revolution in 1974, Malyn Newitt offers a fresh appraisal of Portuguese history and its role in the world.

The author examines episodes where Portugal was a key player or innovator, linking its history to a broader context. Chapters focus on such topics as Moorish Portugal, describing the cultural impact of contact with the Moors – one of the oldest points of contact between Western Europe and Islam; the discovery of Brazil and opening up of trade with western Africa; and the explorations of Vasco de Gama and the evolution of Portugal as the first commercial empire of modern times. Newitt also examines Portugal’s role in the Counter-reformation, in Spain’s wars in Europe, and in the Anglo-Portuguese alliance.

The Portuguese diaspora is considered: emigration had been taking place systematically since the 15th century but it reached massive proportions between 1820 and 1980. The author also shows how emigration is linked to underdevelopment, imperialism and globalization, and how the Portuguese experience compares with that of other major diasporas.

Finally, Portugal’s position in Africa is assessed, the Salazar/Caetano regime of 1928-1974 examined, and the fall of fascism and decolonization of Portugal explored in the light of global empires and movements.

A new account of a country with a rich history, which has played a key role in the development and expansion of the modern world, ‘Portugal in European and World History’ shows how Portugal has moved from being the last colonial power to one of the most enthusiastic proponents of the modern European ideal.  Will be published at the end of August.