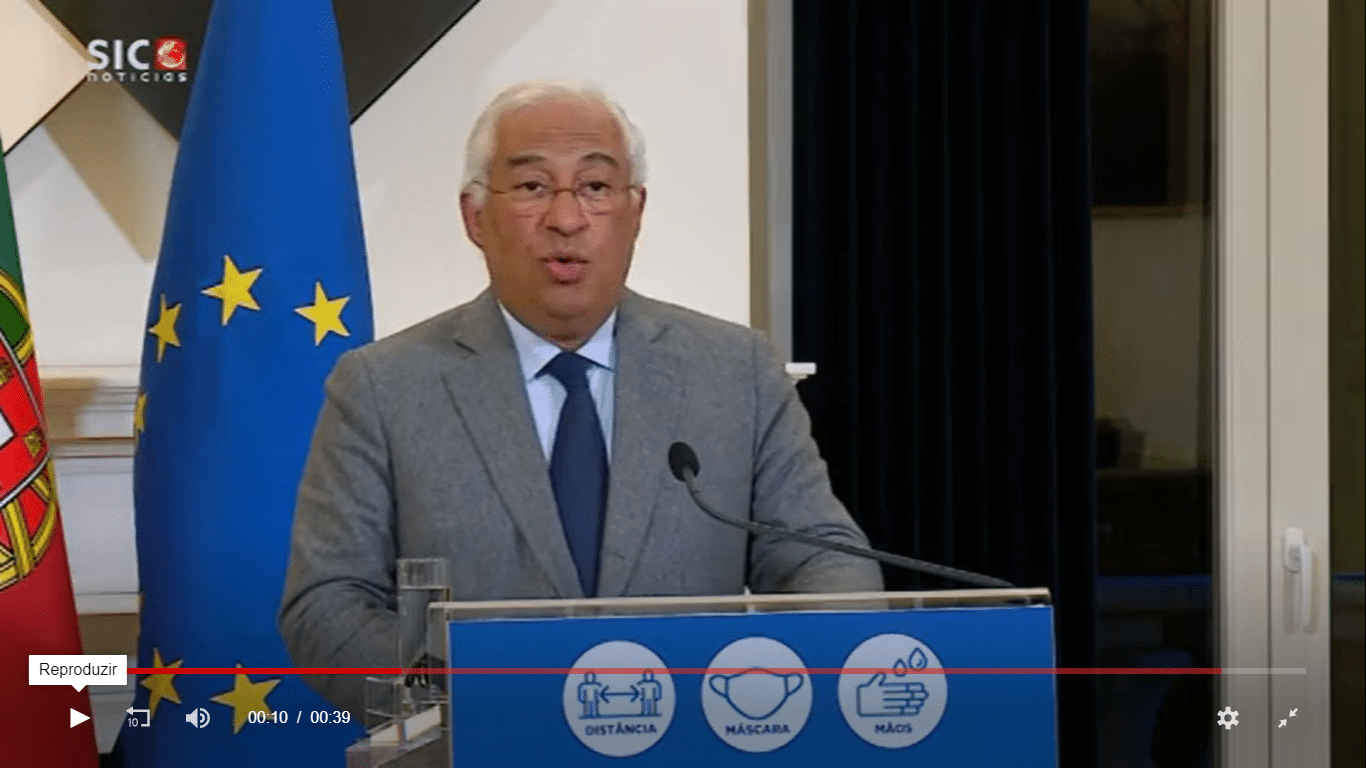 After yet another extraordinary meeting of the Council of Ministers, he said: “we have to clarify the rules restricting mobility and extend the restrictive framework for measures in place”.

This is the most serious moment in the pandemic, stressed the PM – a point where deaths have reached a dismal new record, where hospital admissions have left the health service on the brink of rupture and where “the health and life of every one of us is at risk”.

“This is the most dangerous level to far”, he insisted, laying out a new list of restrictions which have not yet come into place as they must first be ‘promulgated’ by President Marcelo.

Taking it from the top, it is now forbidden for people to:

Schools however will remain open – despite the huge pressure from certain quarters to see them closed – and tuition centres (ATLs) are now allowed to reopen, giving working parents the ‘space they need’ to function, and children the extra-curricular support that they have been used to.

Today was a very dour moment in Portugal’s battle against Covid-19; a point where it became all too clear that the new lockdown is here to stay for as long as it takes to improve the dramatic situation.

All through the day warnings via television news channels have been loud and clear: if people do not take this latest period of confinement seriously, the country will simply be stopped from moving forwards that much longer.

The way out of this ‘depends on each one of us’, stressed the PM – and we all have to play our part.

Various media outlets have already intimated that forecasts for the next few days are for even more deaths and rising case numbers.

“All the pre-visions we have are that until January 24 pressure on the SNS health service will continue to increase”, said Mr Costa.

This means authorities are in a race to create new bed spaces and areas in hospitals for the treatment of people suffering the worst effects of the virus.

As experts have warned, the national picture is likely to get worse before it gets better.