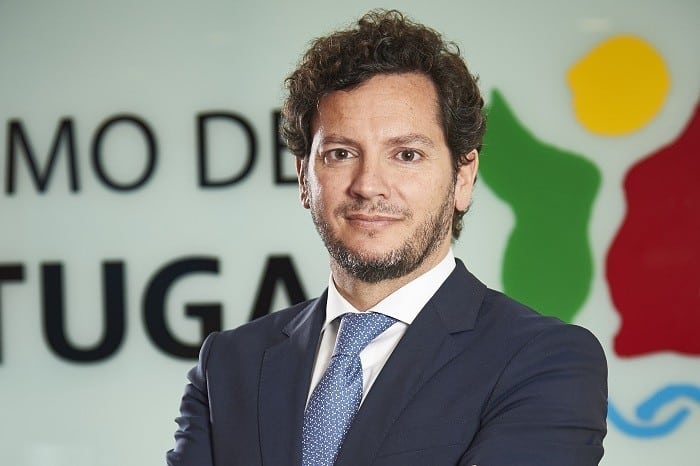 In London for key tourism fair World Travel Market this week, tourism boss Luís Araújo has vowed that Portugal is emerging from the pandemic with a much clearer picture of – and focus on – its key visitors.

“We’ll be very targeted,” he told TTG (Travel Trade Gazette). “It is clear proximity markets are critical right now – the ones that are closer to us geographically and in terms of shared knowledge. It’s one of the biggest lessons we have learned.”

“We believe we have changed for the better,” he said.

In spite of all the problems caused by the pandemic, Portugal has managed to strengthen its brand and maintain its image as a “trendy, fashionable and social” destination.

So far the country has restored around 60% of pre-pandemic connectivity, which the punchy president of Turismo de Portugal expects to rise to to between 80-90% this year.

For this he welcomed new additions like British Airways and Lufthansa flights to the Azores, easyJet’s new Faro base and Iberia introducing Lisbon and Porto stopovers.

Meantime, “significant new demand is coming from Brazil and the US”… with Madeira gaining a direct US connection for the very first time…. the Azores and Algarve still popular, and lesser-travelled regions like the Alentejo are “coming to the fore”.

The aim – much as it has always been – is to consolidate Portugal as a year-round destination, “whether for wine tourism, surfing, golf, cycling or walking”.

The new wine tourism campaign, ‘Wine pairs with Portugal’, is supported by a digital platform, and Araújo believes “dispersing tourists around the country will contribute to a wider sustainability push through 2027”.

“We want to be one of the most sustainable countries in the world, especially in terms of tourism,” he told TTG. And key to this, will be bringing Portuguese people along with the plan.

It was yet another ‘positive intervention’ on the international scene as nationally the country has been caught up in a maelstrom of political ugliness and uncertainty.

Talking to TSF ahead of World Travel Market – which is being held at the ExCel Centre until tomorrow – he stressed that “the foreigner really isn’t interested in the budget” (which has been the catalyst for early elections on the horizon click here).

“Any situation that creates instability affects the image (of a country)”, he conceded. “But I believe we have a lot of capital in terms of confidence as a destination, and we are going to continue to work at repositioning and regaining the preferences of international markets”.