Portugal Resident
Home Original Portugal, Guinness Book of Records and our part in it 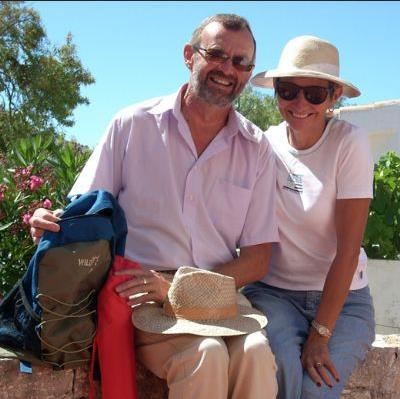 Algarve Resident readers Peter and Miriam Hare attended the Mega Picnic in Lisbon at the end of last month. Here’s their report.

Saturday, June 20 saw Portugal attempt a world record. Not for a sporting event, but for what Portugal does best, partying with the family!

Modelo, one of the largest supermarket chains in Portugal, together with media company RTP (Radio and TV Portugal) sponsored the largest picnic in the world – and succeeded.  Well over 50,000 people made themselves available to attend a family fun day in the Parque da Bela Vista in Lisbon.

Transported to Lisbon by more than 450 coaches, all provided as part of the ticket to attend, people were bussed in from all over Portugal.

It was an early start for those of us living in the Algarve who attended, but possibly not as early as some of the others travelling from the far north of the country.

The coach journey was a lively affair, with much harmless merriment fuelled by nothing more than high spirits, laughter and coffee at the comfort break one hour into the journey.

There was also much amusement at the estrangeiros attending what was a very Portuguese event, but we could not have been made more welcome.

Once we arrived at the Parque da Bela Vista, we were shepherded into the park. We were encouraged, on our tickets, to take our own food as well, which we did, but ate little of, as that provided was more than adequate. We did thankfully take a lot of extra water, which due to the temperature of the day we needed, and drank.

There were many different amusements on display for adults and children throughout the day, folk-dancing, singing, games, marching bands, and RTP transmitting live, but what most people were waiting to see was the concert by one of Portugal’s best loved pop singers, Tony Carreira, which began at about 5.30pm.

That was when it really became apparent just how many people were there, as they all congregated in the best viewing positions (or some chose to stay near the water cannons, being used to spray the crowds to stay cool).

People were dancing, singing and generally having a really good time. Despite the free-flowing beer, none of the usual problems of large crowds were ever visible, not even when it was announced that the concert was going to be delayed for a few minutes due to a technical problem.

The delay was, as promised, only a few minutes and the chanting began… “To-ny, To-ny”. The crowd were ecstatic. They could not wait to see him. The atmosphere was electric. Tony Carreira stayed on stage until about 7.30pm, when it was time to go home again.

People were meandering their way towards the gate. We managed to find two couples we recognised from our coach, but the sheer logistics of clearing so many people and coaches from a single place meant we were in for a long wait. We stayed close with the two couples from our coach, and having found the bus stops, settled down to wait. Once sitting comfortably, the Portuguese picnic baskets were once again opened and more food  thrust at us. Lovely local delicacies.

Some time later, we heard our coach was leaving. Not quite true, but when we moved to the area indicated, there, waiting for us, was the rest of our group.

There must have been some relief at seeing us, as an enormous cheer and clapping was released when they saw us – we didn’t feel lost! Anyway, there was a further long wait but one young man from our bus, who spoke faltering but good English, was delegated to keep us informed of what was happening as news filtered through.

Our coach eventually arrived to yet another cheer and on-board we all stepped. Tired but happy.

The coach was relatively quiet on the way back to Albufeira, mainly due to most of us falling fast asleep, but again on entering Albufeira, a chant of ……..Albufeira City….. was started. Proud of their city and glad to be home.

We don’t know if we were the only English people attending but we were certainly the only ‘foreigners’ on the coach from Albufeira. We saw coaches from Faro and Loulé, so there may have been other English from the Algarve, but we didn’t hear any other English voices during the entire day.

Many people have suggested we were brave to do it, but we have nothing but admiration for the police, bombeiros, Portuguese Red Cross and the Lisbon Câmara for organising a really good day, and their sponsors, Modelo and RTP for supporting the day.

It was well worth the early start and late finish. We would certainly want to join in such an activity again in the future.

Congratulations to all those involved in the organisation of an excellent day!

The event holds another record for the loudest applause in the world when Tony Carreira came on stage, reaching 111.5 decibels, according to the Modelo website.