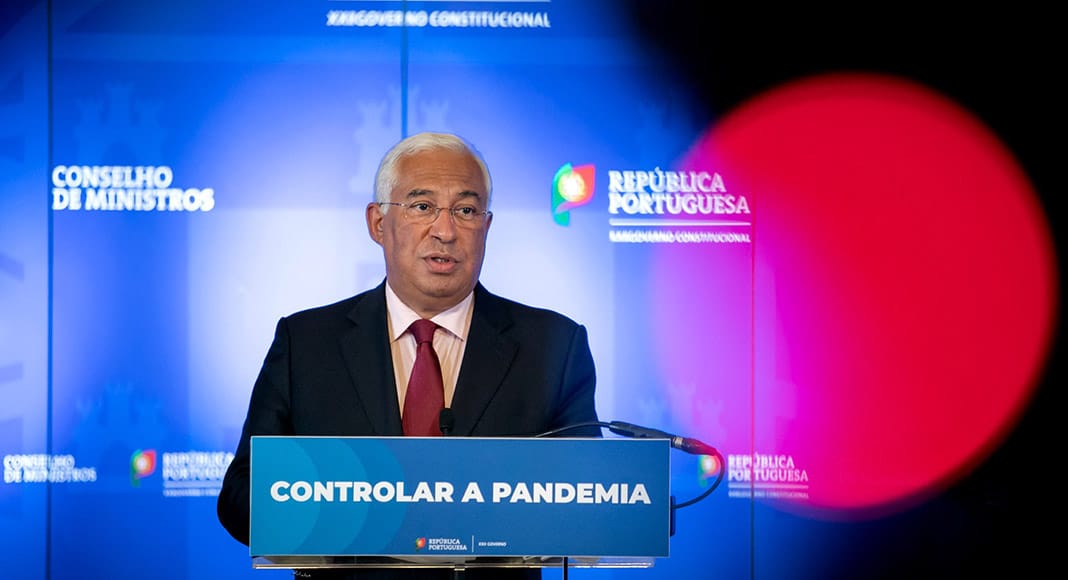 As of midnight tonight, Portugal returns to a State of Calamity, meaning masks MUST be worn in busy streets, groups of more than five people are prohibited from gathering and a number of other major restrictions will come in place.

Said prime minister António Costa early this afternoon following an earlier than usual meeting of the Council of Ministers to discuss the rising number of Covid deaths and infections: “I appeal to everyone to adopt these behaviours. It is to include them that we have raised the situation of Alert to one of Calamity”.

Fines are to be “reinforced” for anyone found breaking the rules, while the proposal to make the wearing of masks obligatory in the streets is to be put before parliament (presumably later today). Stressed Mr Costa, it will apply “obviously with good sense only in moments where there are more people in the street” (ie in busy areas, like those currently most affected by the virus).

The decisions have been presented as ‘the only way’ to ‘safeguard’ both the SNS health system and the continued functioning of schools, colleges and universities.

In all these will be the ‘new rules’:

● Groups limited to 5 people, in street, shopping malls and restaurants.
● Weddings, baptisms and family events limited to 50 people.
● Any kind of non-academic ‘celebrations’ banned outright.
● Checks by police and ASAE food and hygiene personnel to be ‘reinforced’.
● Fines of up to €10,000 for anyone breaking rules over physical distancing or the numbers of people allowed to meet.

Say reports, the government is also trying to make the download and use of Portugal’s StayAway Covid app obligatory ‘in a work/ school/ academic context, as well as within the Armed and security forces and public administration (meaning State workers of any kind).

The decisions come as the country’s hospitals (in areas worst affected by the virus: the north and Lisbon/ Vale do Tejo) are starting to fill up with Covid patients.

Lisbon’s Curry Cabral is reported to have more today than it has had since the start of the pandemic. Wards are ‘full’ to the point that surgical wards are now being used to take patients suffering with consequences of the virus.

Among the more than 80 people in hospital today are three children and one pregnant woman, says SIC.

One change for the better however is the decision to reduce quarantine time for asymptomatic carriers from 14 days to 10. DGS health officials announced the change early this morning.