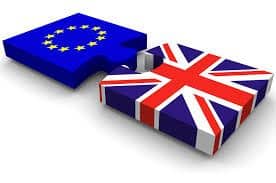 As British media remains focused on the Brussels summit discussing David Cameron’s demands to ensure the UK stays in Europe, Portugal is described as having “many reservations” over the nuts-and-bolts of the proposal backed by the European Council.

Económico website says “Lisbon considers that conditions that could cut immigrants’ access to British social benefits ‘still need to be clarified’ before there can be any kind of deal”.

And it claims member states “are being pressured to ratify the document at the meeting which starts today – and which only finishes tomorrow”.

Brussels is limbering up for “a marathon of nocturnal diplomacy”, stresses Económico, while the summit is being described in the UK as the defining moment of David Cameron’s political career.

Hot topics under discussion will be what European Council president Donald Tusk has called the “emergency brake” for “exceptional” circumstances to allow a country to cut welfare benefits to immigrants.

Other conditions centre on the closing of the loophole which sees immigrants claiming child benefit for children they have left behind in their home country.This would affect “around 120,000 Portuguese”, claims the Secretary of State for European Affairs.

“The government does not have numbers on how many Portuguese children receive child benefit in the UK, but according to figures compiled by the Daily Mail, there were 204 in January 2015,” adds Económico.

“Bearing in mind that London pays £20.30 per week (€26) for the first child, £13.40 (€17.18) for any others, the British State will be spending around €200,000 on Portuguese children every year,” it claims.“Thus the Portuguese executive wants to clarify conditions in which benefits could be cut”.

The government’s “main question” is to guarantee that “any safeguard mechanism designed to cope with migratory pressures should be time-limited and should not compromise the principles of free circulation and non-discrimination of European citizens”, an official source has stressed – adding that the conditions justifying safeguard mechanisms have to be properly clarified.

Portugal is not the only country digging in its heels over Brussels’ proposal to satisfy David Cameron.

Económico stresses that V4 (the so-called Visegrad group of central European countries: the Czech Republic, Poland, Hungary and Slovakia) “totally rejects the idea of any restrictions to free circulation”.

Thus the prospect of a nail-biting ‘all-nighter’ anticipating ‘white smoke’ when a deal is finally forged.

As Europe heard yesterday, German chancellor Angela Merkel has shown herself to accept a number of Cameron’s demands, calling them “justified and understandable” – a “natural” case of a country wishing to protect itself from social welfare abuse.

Only last week, Portugal’s media suggested Portuguese prime minister António Costa had used the looming fears of a Brexit to win “controversial budgetary concessions” (http://portugalresident.com/costa-%E2%80%9Cused-brexit-) for the State Budget which has yet to be ratified.