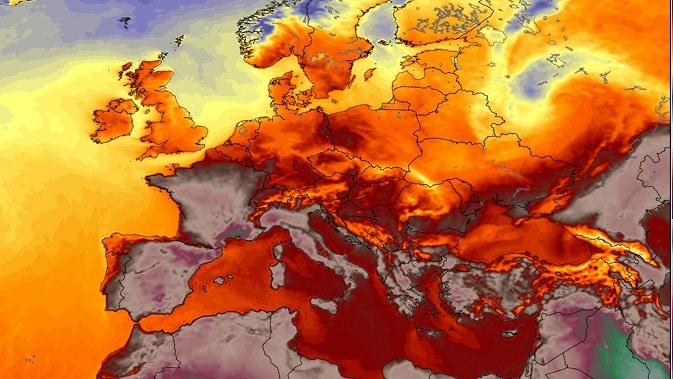 While people across Europe scramble to stay cool amidst one of the worst heatwaves in recent years, Portugal has been enjoying relatively mild weather.

Usually one of the hottest destinations in Europe, Portugal has been spared the worst of the heatwave although temperatures have increased in some parts of the country today.

This weekend it will be hottest in the Alentejo, with temperatures due to rise and reach the 36ºC mark. The Algarve is in for maximums of around 30ºC while elsewhere temperatures will range between hot during the day and mild at night.

Meantime, in the rest of Europe the situation is dire.

France is reported to have recorded its “all-time hottest temperature” and throughout the continent health alerts have been issued, urging people to keep cool.

According to the BBC, “several people have lost their lives amid the soaring temperatures. The heatwave has also caused flash floods and forest fires, grounded planes and buckled train tracks, and led to school closures and warnings over air quality.”

To stay up to date on the weather warnings and forecasts in Portugal, visit www.ipma.pt