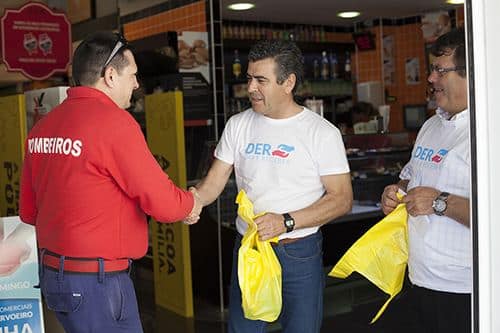 Portugal may fail the budget deficit target of 4.5% of GDP for 2012 and 2013, but missing the debt target is better than taking actions that could potentially worsen the country’s recession, said a report from the Organisation for Economic Co-operation and Development (OECD) last week.

According to the OECD, if the recession worsens and the government’s revenue continues to drop, Portugal may have to come to terms with the possibility of failing its budget deficit target.

“Due to the need to restore confidence, the government should continue aiming to meet the nominal budget targets, at least while economic growth figures don’t divert from existing projections,” says the report.

The International Monetary Fund (IMF) also shared this opinion upon the release of its fourth assessment of the adjustment programme for Portugal.

The IMF estimates that Portugal will fail the debt target this year by €800 million, as a result of an accentuated decrease in fiscal revenue.

However, the figures released by the OECD are not encouraging, with the intergovernmental organisation revising its growth projections for the Portuguese economy downward.

In fact, the organisation’s projections are more pessimistic than troika’s, which had estimated that the Portuguese economy would recover slightly next year (0.2%).

In response to the OECD’s report, the Secretary of State for the Presidency of the Council of Ministers Luís Marques Guedes said that the Government “has no reasons to believe that these targets won’t be achieved by the end of the year. Those are just predictions,” he said referring to OECD’s report.
1″>news