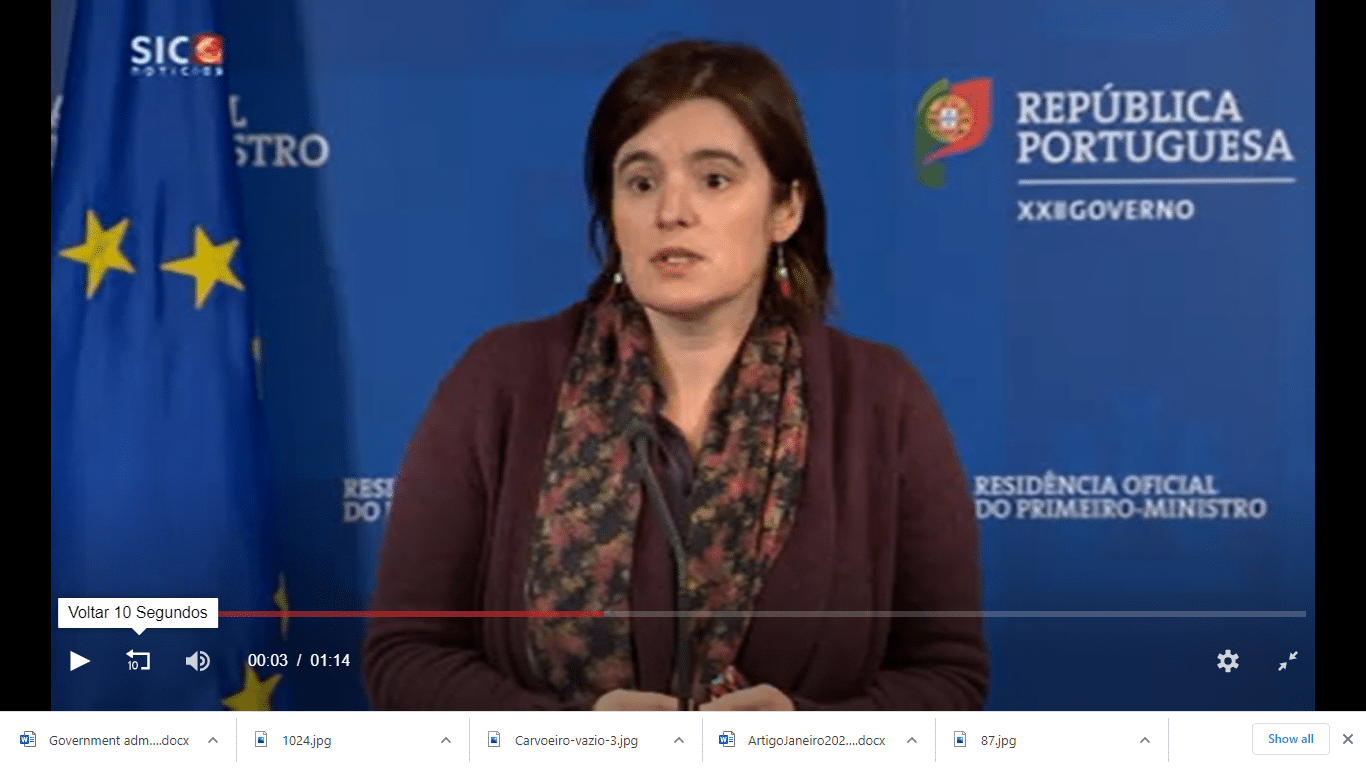 Portugal is braced for a new nationwide lockdown to start as early as next Tuesday as active cases have now exceeded 100,000.

In just the first few days of 2021 – coinciding with the arrival of bitterly cold weather – new infections have spread like wildfire.

The virus has taken hold in a number of old people’s homes, which means those particular homes cannot see residents included yet in the ongoing vaccination programme.

Portugal’s ‘plan’ has been for the first phase of the vaccine to take in all the country’s health workers, the police force, civil protection and the elderly in old people’s homes and continuous care facilities.

At best, this first phase designed to confer immunity in roughly 950,000 people will continue on into the early spring (click here).

Concerns are that with the ‘hiccups’ of ongoing infections – and likelihood of seasonal illnesses linked to the cold weather – many seniors will be left waiting, when it might be a great deal more sensible to get them vaccinated as quickly as possible.

Expresso stresses that ‘critics against the vaccination programme criteria’ are increasing – and coming from former health ministers and clinical directors as well.

But for now, it is what it is – and the numbers contracting the virus have twice this week exceeded 10,000 per day.

Hospital admissions are also well up in the last 24-hour period (+104 people, taking total numbers to 3,555). ICUs now have markedly more than the 500 that has previously been considered the benchmark between ‘just being able to cope with’ and ‘excessive’.

Reports of patients having to be transferred from hospitals that have reached capacity have been coming all through the week. Patients are being transferred out of Lisbon today to units in outlying areas that aren’t so full.

Meantime, minister for the presidency Mariana Vieira da Silva has confirmed that the country is heading for another lockdown along the lines of the first one in April/ May.

There is political consensus for this decision, she said – though every party hopes confinement will be as brief as possible.

The minimum period will be two weeks – though few believe it will be over that quickly.

National statistics institute INE has published data on what it calls the ‘collateral damage’ of Portugal’s combat of the pandemic.

Stripped to basics, it shows that for every 100 Covid deaths there have been 46 ‘other deaths’ that can be “considered the indirect effects of the combat of the virus”.

These indirect effects are described as “delayed diagnoses and treatments”.

Put another way, of the 6,972 deaths directly attributed to Covid-19 at the end of 2020, another 3,207 occurred which “can be considered indirect effects” of the country’s focus on tackling Covid-19.