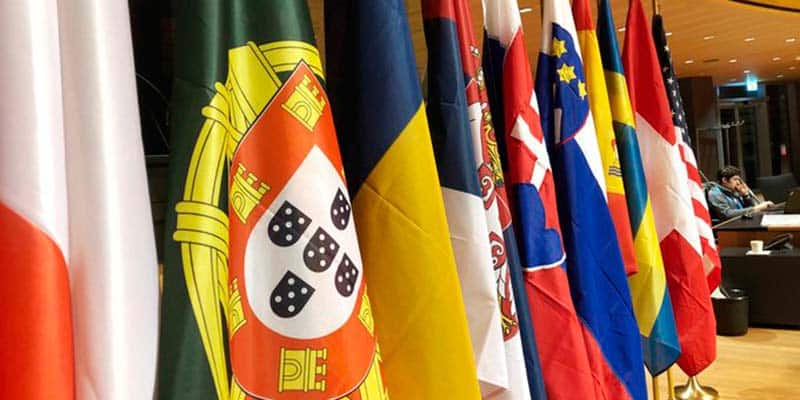 Coinciding with the fleeting visit to Portugal of Israeli prime minister Benjamin Netanyhau, Portugal has become the 34th member of the International Holocaust Remembrance Alliance.

The news comes just a day after France voted to adopt the organisation’s definition of anti-Semitism.

As those welcoming the news stressed, “preserving the memory of the Holocaust and the fight against anti-Semitism are connected to each other. The past must be recognized and remembered in order to guarantee the future”.

But Benajamin Netanyahu’s reason for visiting seems to have been much more connected to a meeting he had with US Secretary of State Mike Pompeo – and as such there was vehement criticism from left-wing parties who accused the government of facilitating a meeting (ostensibly to discuss increased action against Iran) that the United Kingdom had backed away from (click here).

President Marcelo diplomatically stayed out of the picture, but stressed this was not the first time that “leaders of other countries have chosen to meet in Portugal”.

He rejected however the Left’s allusion to the controversial meeting at Lajes airbase in the Azores pre-Iraq war (involving President George Bush, British PM Tony Blair, Spanish PM José Maria Aznar and Portuguese PM Durão Barroso), saying that on that occasion Portugal played an active role in the talks.

Prime Minister António Costa reportedly spent an hour with Mr Netanyahu, in which cooperation between the two countries was discussed, particularly with regard to scientific projects.

Said reports, one of the areas highlighted was ‘the use of water’.

According to an official source: “It was a very courteous meeting where bilateral relations and forms of cooperation in areas like innovation, science and water were discussed”.

Benjamin Netanyahu’s meeting with Mike Pompeo was also billed as laying further ground for a future American recognition of Israel applying sovereignty over the Jordan Valley.

Both men have since left Lisbon, Netanyahu returning to Israel where he is ‘knee deep in legal troubles’ (in the words of the Times of Israel) and Pompeo ‘for his first official trip to Morocco’.