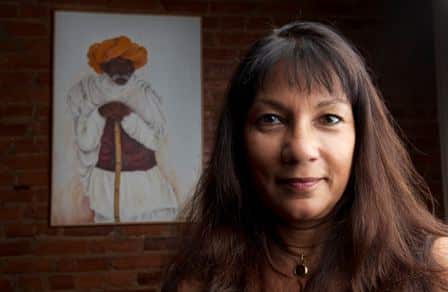 In yet another bizarre extradition case, Portugal has decided to hand over a former CIA agent to Italian authorities who have condemned her to five years in jail over the illegal kidnapping of an Islamic cleric in 2003.

Sabrina de Sousa – an American-Portuguese born in Goa, India – has always maintained, very much like the Indian activist currently being held in Braga, that she is innocent of all the charges levelled against her.

But unlike the situation of Paramjeet Singh – a political refugee who has been living in Britain for over 15 years – de Sousa is not facing a possible death sentence if released into the hands of the authorities who want her.

Indeed, Lisbon’s appeal court has decided to extradite her to Italy on the basis that her prison sentence is served in Portugal, writes Diário de Notícias.

This leaves three options open to the former CIA translator who claims to have been effectively “thrown under a bus” for her involvement in an agency-led rendition.

She can either accept the sentence handed out in her absence by Italian courts, appeal against it in Italy – particularly as she was never officially informed of the sentence – or she can demand a new trial.

For now, de Sousa’s Twitter account – usually peppered with updates on her struggle – remains devoid of any indication of what may lie ahead.

The news of her extradition being granted does not even appear to have reached international media.

But the case highlights the pressure Portugal comes under from border authorities and organisations like Interpol.

Aside from the Singh case, which has inflamed the Sikh community worldwide and caused questions in the British parliament, there is also the case of a Mexican woman who has been living here for more than 20 years detained this week in a Spanish airport for not having a valid residency visa.

Virgínia Lopes is the long-time companion of Algarve musician Marcos Méndez and is now in danger of being deported back to Mexico – even though she has been in the process of sorting paperwork with SEF (Portugal’s borders agency) for years, according to Correio da Manhã.

Her desperation over the situation has been exacerbated by the fact that she is the legally-appointed guardian of her grandson, who is only seven years old – and cannot imagine how her enforced absence could affect him.

Meantime, Portugal’s ‘burning’ extradition case – that of Punjabi ‘separatist’ Paramjeet Singh – is on a countdown to January 26, the date given by Évora judges to decide whether or not to release the father-of-four to Indian authorities which campaigners claim may well put him to death over trumped-up charges.

Singh’s MP John Spellar is one of the most vociferous advocates for Singh to be returned to Britain, as Portugal is not in a position to judge this matter, he claims.

The case has already been featured widely on British television and been taken to European authorities, as well as the United Nations Commissioner for Human Rights in Geneva.