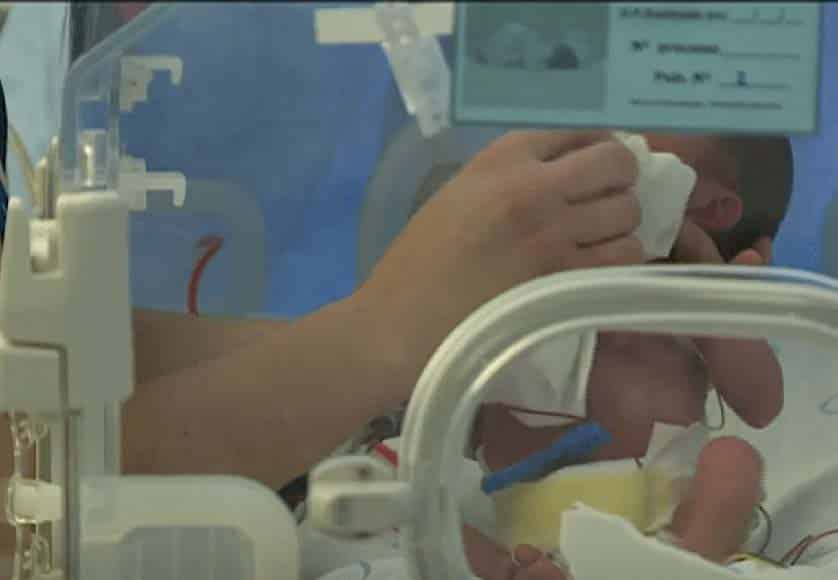 This is the theme of a story today in the country’s best selling tabloid – and explains why some international news outlets have described the Indian woman who died with pre-eclampsia last Saturday as ‘a tourist’. She was not a tourist – more one of hundreds of principally Asian nationals from countries with poorly equipped health services that reportedly choose to come to Portugal to have their babies.

In this particular case, the tragic young woman and her husband travelled to Portugal from Serbia.

A source for the Association of Solidarity towards the Immigrant, has rejected the notion that there are networks “bringing foreigners to Portugal to have their babies” – describing it as a red herring to “gloss over what happened” in São Francisco Xavier hospital.

The worst aspect of this obstetric tragedy is that it brought Portugal’s record for maternal mortality ‘back to the fore’: figures have not been as bad as they are now for almost 40 years, yet a PSD request almost two months ago to be given an updated report has been left hanging.

As parliament returns from its summer break – and the health minister works out her enforced notice – the PSD “does not want to wait any longer”, reports SIC television news.

The party has sent a request to the outgoing health minister to send the report on maternal mortality in Portugal “with maximum urgency”, in face of what it calls “the worrying evolution”.

INE statistics institute has only published data so far till 2020. These showed that 20.1 in every 100,000 women died in Portugal in (or as a result of) childbirth.

Another ‘worrying factor’ is that the number of Cesarean sections performed in this country is creeping up again. Specialists doubt many of them are truly necessary.

Back in 2017, hospitals faced penalties for performing too many Cesarean sections. The World Health Organisation said an acceptable percentage would be around 15% of births; Portugal in some areas was performing over 40%. Five years on, and any improvements in the intervening years are receding. In the first few months of 2022, 30.6% of births in this country had been performed with Cesarean sections.

The problem with these interventions is that unless they are needed for the survival of the baby/ mother, they add to the risks of childbirth; to the time it takes for mothers to recover and to the overall health of the baby.

As to the progress of the tiny baby girl brought into the world weighing 772 grams as her mother suffered cardiac arrest, she is expected to stay in intensive care at São Francisco Xavier Hospital for two to three months. Her father is able to be next to her incubator “24 hours a day”, writes Correio da Manhã.