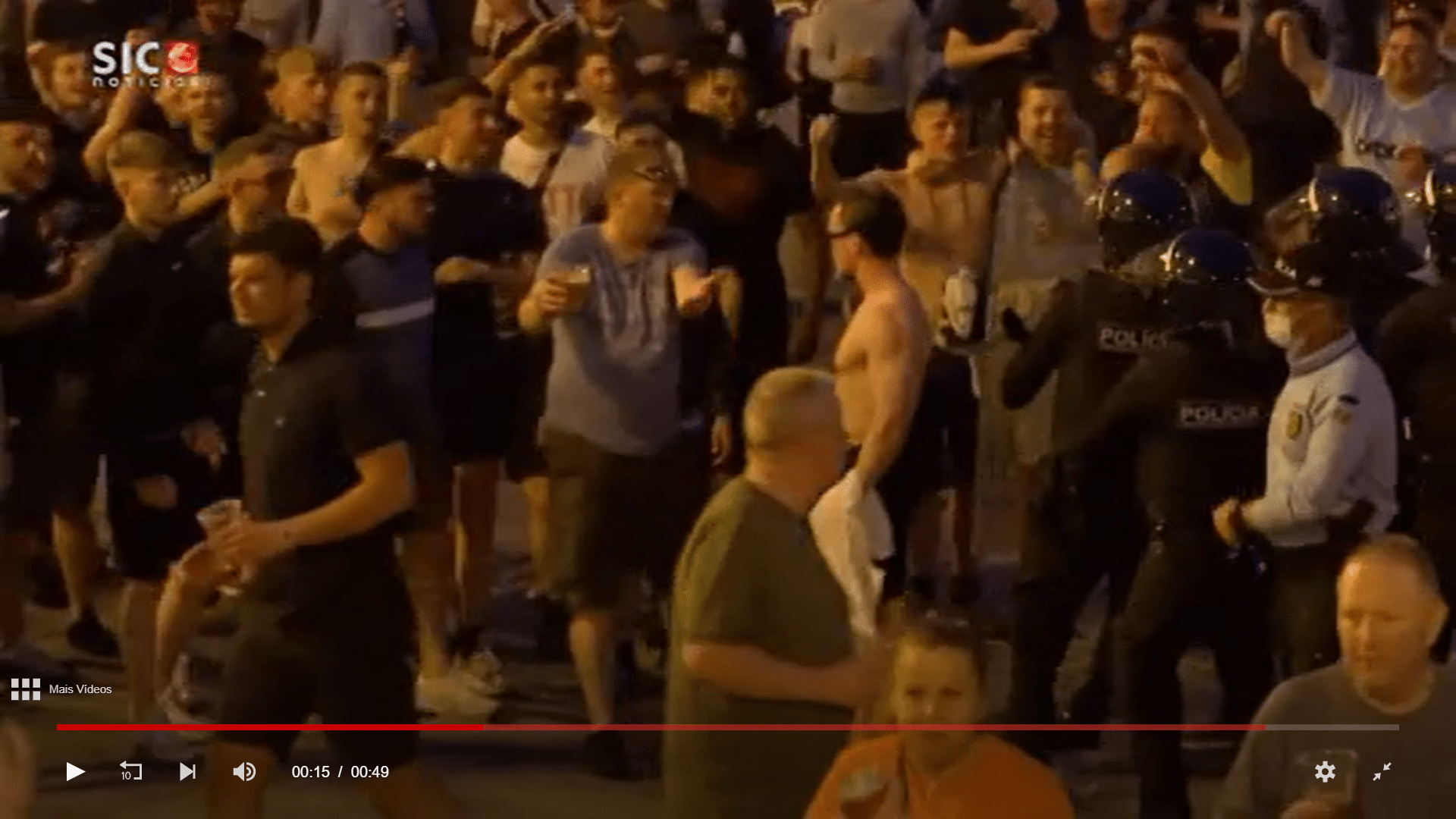 Tonight’s Champions League game between Chelsea and Manchester City cannot come too soon for the city of Porto.

Hundreds of fans who arrived ahead of the game (many without tickets) have been causing disturbances and generally unsettling Portuguese nationals who can see clearly that the basic requirements of mask-wearing and physical distancing have gone by the board.

Police have been out in force, ‘controlling’ the various alcohol-fuelled affrays.

Says the sports media, one aspect that rankles is that Portuguese football games are not open to the public, so why was this one open to incoming Brits?

The government’s ‘plan’ – that this was to be an event that went ahead within a ‘sanitary bubble’ – bit the dust shortly after the first fans arrived earlier this week.

The ‘official guidance’ for this event had been that 12,000 fans would fly in, go straight to the stadium, watch the match and then return to the airport to fly out again.

This has since been rubbished by airport authorities who said there weren’t enough flights arriving at Sá Carneiro airport to even satisfy this requirement.

“In logistical terms this operation was totally impossible”, Luís Pedro Martins, president of Tourism of Porto and the North, told Observador online.

The rules keep changing, yet government minister Mariana Vieira da Silva insisted after yesterday’s Council of Ministers that they ‘haven’t changed at all’. The fans who have arrived ‘independently’ are here as tourists, she said, who are perfectly entitled to be here.

This morning (Saturday) PSP police have mounted a ‘triangular operation centered on the airport, the stadium and the centre of the city’. Eighty charter flights are arriving, bringing many more fans than the hundreds already here. Hopes are that their exuberances can be contained.

From the point of view of ‘tourism’, many operators in the sector are simply delighted that they have clients at last – even if they do drink too much and end up throwing chairs at each other.

Said Joel Azevedo, president of the Porto association of commercial businesses, the experience won’t bring a great deal in the way of profits, as the sector still has to close at 10.30pm every night, but “it’s a sign of hope that we can return to normal… these events are passing, and very short… they give us visibility, and for this, we may not benefit today, but we will in the future”, he said.