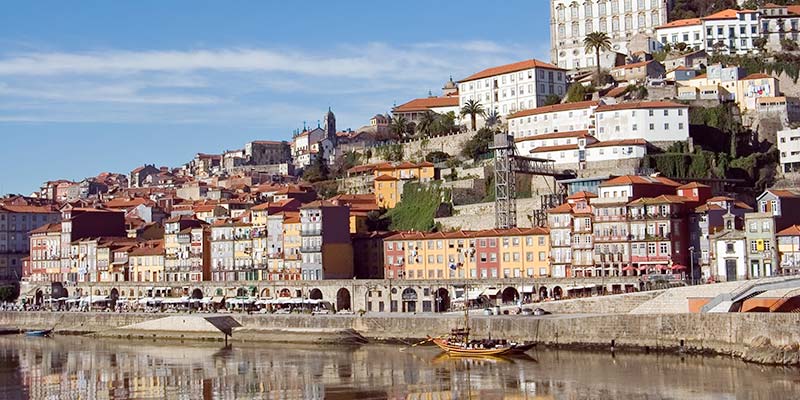 A Portuguese city has once again made Forbes magazine’s list of “best European cities to invest in”, with Porto replacing Lisbon which had made the list last year.

Forbes contacted LeadingRE, a global consortium of 565 real estate brokerages across 70 countries, to create the list for 2020 and find out what cities were showing signs of real estate growth and hadn’t yet surpassed the threshold for turning a profit.

Says the magazine, “last year’s list had Lisbon as a good place to invest in a second home, but the growth has been so significant over 2019 that good deals on homes are harder to find”.

“The next best place to look is Porto, where home prices are still 30% lower than Lisbon despite seeing a 15% increase in closed sales,” the magazine reports, citing Rita Ribeiro at INS Portugal.

It adds that demand has increased both because of the comparatively more expensive homes in Lisbon and because there has been a change in rental laws making it more favourable for landlords to make a profit.

Portugal is also one of the lower-priced places to obtain a Golden Visa for EU citizenship, Forbes reports, with Ribeiro estimating that home sales to foreigners have grown over the past three years from one out of 10 buyers to one out of three.

The other cities to make the list were Naples (Italy), Megève (France), Székesfehérvár (Hungary), Batumi (Georgia) and Rotterdam (Netherlands).

As the magazine explains, “real estate in major European cities has had a wild ride in 2019”.

“Brexit was, in theory, going to be taking place toward the beginning of the year and all eyes were on cities outside of the United Kingdom to figure out where it would be the most financially beneficial to invest in a second home.

“But then the political decision-making dragged on for the rest of the year with signs that the deal wasn’t going to be as favourable to Britain as what had initially been in the news, leading to an even greater pressure to purchase a home before the deal was done and its economic effects rippled through the European economy,” it adds.