Portimonense returned to contention for a place in the competition’s quarter-finals following a comfortable win over second division Covilhã last Sunday morning.

Ricardo Matos opened the scoring in the 10th minute after VAR overturned the referee’s initial off-side ruling before keeper Bruno Bolas did well to keep out Bruninho’s effort on the half-hour mark.

VAR then returned to the action, denying Portimonense a penalty awarded by the referee. After the interval, Anderson Oliveira made it 2-0 whilst Bryan Rochez, Seck and Luquinha all came close to increasing the score line.

In the other tie, Gil Vicente also beat Nacional de Madeira 2-0 to top the group but must travel to Portimão for the concluding set of matches on December 14. Before then Paulo Sérgio’s men will take on Marco Silva-managed English Premier League side Fulham, on a mid-season break in the Algarve, for a friendly this Sunday. 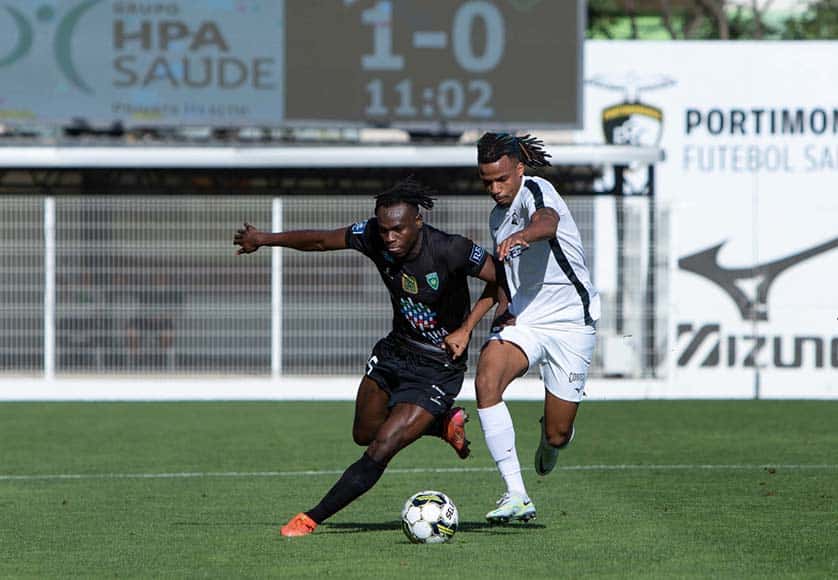 The 33-year-old, who played for the Algarveans on 21 occasions between 2018-2020, made no less than eight first-class saves during the match to keep the Germans at bay.

Gonda left on loan to Shimizu S-Pulse earlier this year, a €3 million deal which will become permanent this month.