Portugal Resident
Home Algarve News Portimonense: down and out? 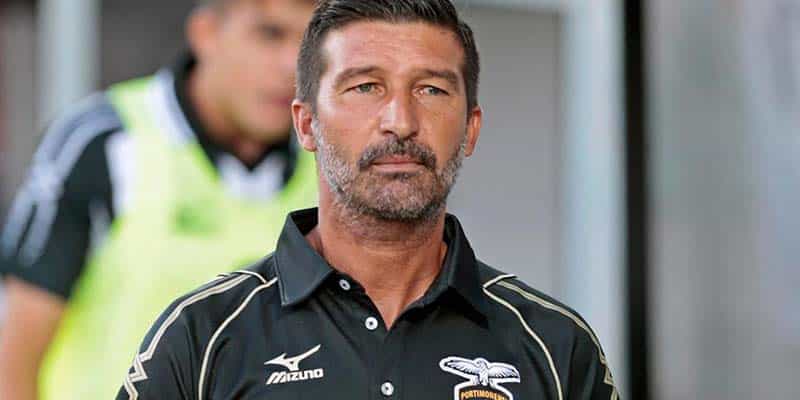 Time must be fast running out for manager António Folha following the Algarveans’ latest defeat in Coimbra met by widespread criticism from fans and club directors alike.

One win in the league this season coupled with disappointing results in both national Cup competitions do not match up to expectations in the wake of an extensive summer spending spree. Having enjoyed a degree of success during his first year in charge, the former Porto B team coach appears to be at a loss both in terms of tactics and player selection.

Folha’s lack of experience at the top level has become painfully apparent as Portimonense were outplayed by second division Académica.

Questionable recent first-half performances against the likes of Rio Ave, Braga and Porto were echoed by another listless display on Saturday. Inexplicably, given the squad available, Tabata, Anzai and Gonda were all selected to start on the back of 13,000km international round-trips, while players enjoying an almost three-week break didn’t even make the bench. Defensive mainstay and usual Captain, Jadson, did, but was never allowed to join the action.

Instead, three premature substitutions, including that of Gonda at half time, resulted in Portimonense seeing out the all-important final 20 minutes of the match with 10 men after Junior Tavares limped off.

Folha’s training methods must also be questioned. Given the extensive break, one would have thought that the injury list would be reduced. Contrarily, Henrique, Willyan and Dener were re-joined by the only recently fit-again Paulinho as well as Aylton Boa Morte.

As for the match itself, Académica went close through the promising Derik during the opening period of play before Ki put the ‘Students’ ahead after the restart.

Jackson Martinez levelled the score with a header from a Tabata corner in the 88th minute, but anticipated extra time never materialised as Djousse struck back almost by return to end the encounter in Académica’s favour.

Before kick-off, Folha said: “To think that we are taking on a 2nd division team and, therefore, will win sooner or later would be a mistake.”

His post mortem: “We really had to do a lot more. I am mostly responsible for the defeat. We all have dreams, but we have to make them happen.”

Folha and Portimonense’s lives will not become any easier as reality bites in the immediate future with this Saturday’s tricky trip to ex-Portimonense boss Vítor Oliveira-managed Gil Vicente followed by another away match, at Benfica, four days later on Wednesday.