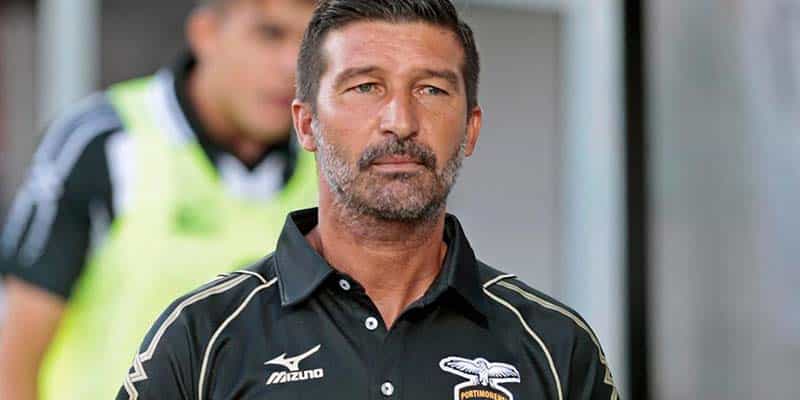 Portimonense suffered two very early goals during what was otherwise an evenly balanced Sunday evening encounter at the Municipal Stadium, Sporting’s Bruno Fernandes, Vietto and Raphinha providing the touch of class which saw the Lisbonites emerging victorious and top the current league table.

The full house had hardly taken their seats when the Portimonense defence stood back and allowed Raphinha to pick his spot from just inside the area, the 22-year-old Brazilian giving keeper Ricardo Ferreira no chance with his well-struck shot across goal.

Two minutes later, the shell-shocked back four could again only watch on helplessly as a Vietto through ball left Bruno Fernandes and Luiz Phellype isolated in front of the Portimonense goal, the latter tapping home with ease following a neat interchange of passes.

The double blow finally galvanized the home side into action and Iury Castilho was sent tumbling to the ground by Mathieu, prompting referee Carlos Xistra to point to the penalty spot – Sporting keeper Renan still managed to get a despairing hand to Romulo’s resulting dead-ball strike, but the goal stood and the score line read 1-2 after only nine minutes of play.

Mr Xistra then ‘enjoyed’ a prolonged nightmare not entirely of his own making. Having initially awarded a free kick to Sporting on the edge of the Portimonense area, a subsequent review of the VAR replay saw the referee change his decision in favour of a penalty.

Numerous protests later then persuaded him to return to the video screen, and this time an infringement during the build-up to the situation in question handed a free kick to the home side half-way up the pitch.

Encouraged by the let-off, Portimonense now came swarming forward in search of an equaliser, and Castilho really should have done better than glancing his free header wide when sent racing through on goal by Henrique. Before that missed opportunity, which took the match up to half time, however, Portimonense were fortunate not to concede again, Willian clearing off the line after Ricardo was beaten by a goal-bound Fernandes lob.

A somewhat less eventful second half had Aylton Boa Morte just fail to connect with an Anzai cross in the opposition goal mouth on the hour mark before Rafinha struck his second of the match, this time with a neat volley on the turn, to make the result safe for Sporting.

Jackson Martinez, back after a long absence and on for Castilho, had a couple of half-chances, but it was the visitors who came closest to scoring during the time remaining when Ricardo produced a great point blank save to deny Raphinha his hat-trick.

A repeat of this valiant performance from the Algarveans, the opening five minutes apart, should see manager António Folha’s men achieve more against Moreirense, who have an identical record of a win, draw and loss, tomorrow (Friday) night in the Minho region.