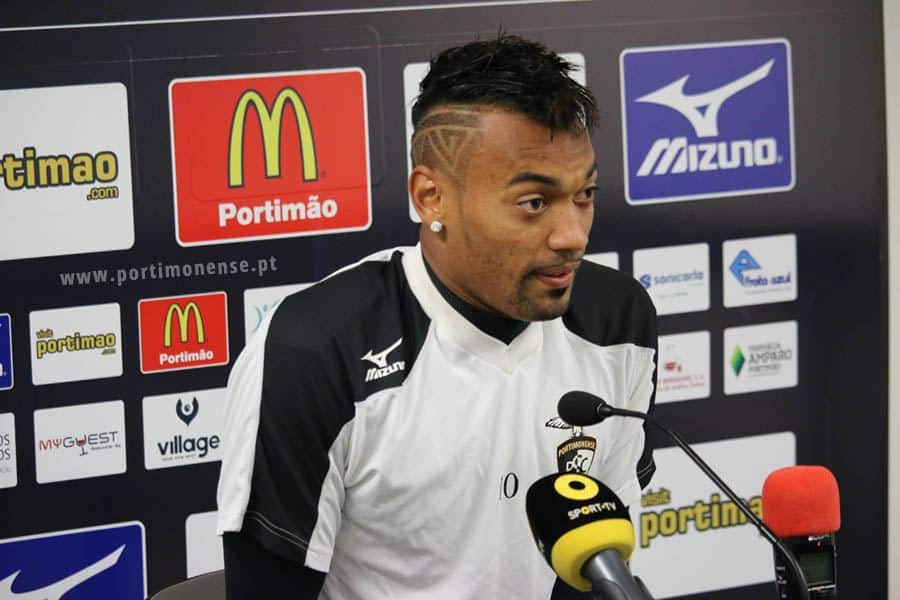 The visitors from Vila do Conde in the extreme north-west of Portugal were only bettered by the ‘big four’ – Porto, Benfica, Sporting and Braga – in the table prior to their arrival in the Algarve, but never managed to get as much as a toehold during a dominant first half for manager Vitor Oliveira’s men.

Fabrício opened the scoring as early as the third minute when keeper Rui Vieira failed to hold a Shoya Nakajima shot.

The Brazilian forward had the ball in the back of the net again not long after, only to see his effort ruled off-side by referee Hugo Miguel, but made it 2-0 before quarter of an hour was up when unleashing a thunderous strike into the top left-hand corner from just outside the area for what must be a candidate for goal of the season.

Tabata then drew a good save from Vieira which only provided brief respite for the beleaguered Rio Ave defence as Nakajima cut inside his marker and placed a firm shot inside the near post to make it 3-0 on the half-hour mark.

Minutes later, the just over 2,000 supporters were on their feet again, this time berating the increasingly inept referee for showing Rio Ave’s Pele only yellow instead of a deserved red card following a particularly nasty-looking foul.

The Lisbon official compounded his error just after the interval with a contentious penalty award in favour of the visitors – a free-kick had struck a flailing arm in the five-man Portimonense wall and Mr Miguel decided to listen to appeals from Rio Ave players and consult the increasingly controversial video replay facility. Quite naturally it was subsequently that man Pele who stepped up to reduce the arrears.

Thus buoyed, the visitors finally gained a degree of composure for the remainder of the match but proved powerless from preventing Portimonense adding icing to the cake, Fabrício stepping up to complete his hat-trick from the penalty spot in the final minute, the first time that a Portimonense player has scored three times in a top level game since 1984.

Now in 11th place, Portimonense next travel to Madeira to take on Marítimo this Monday before welcoming Benfica to the municipal stadium next Saturday night (February 10) in front of a full house.

Off the pitch, the January transfer window closed on Wednesday and, at the time of writing, much-talked-about star forward Nakajima was still a Portimonense player. Ghanaian winger Lumor, left out of Monday’s squad amidst speculation of a move to Nice, Bordeaux or PSV Eindhoven, may well have been on his way by now and could be replaced by Penafiel’s promising 21-year-old José Gomes. In the meantime, Rosell, on loan from Sporting Lisbon, has been recalled and could complete the second half of the season in America while newcomers Galeno, Fede Varela (both late substitutes on Monday) and Rui Costa (stayed on the bench) look likely to be joined by 20-year-old Brazilian forward André Clóvis, on loan from Internacional de Porto Alegre.

Photo: This was the first time that a Portimonense player – Fabrício – has scored three times in a top level game since 1984