Portimão’s iconic São Francisco convent, which has been abandoned for years and even served as refuge for homeless people before it was boarded up by its owners, is up for sale for €8 million.

An advert announcing the arrival of the historic building to the property market has been posted on the Idealista property website by Luximos Christie’s.

It is described as a “property with potential for tourism or housing which can be renovated and whose construction area can be increased”. It is located on a 12,000sqm plot of land and has a building area of 950sqm, “which can be expanded”.

For decades, the degraded state of the convent has been a source of ire among local residents.

Its history dates back to the 16th century, having been built in 1530 on the western bank of the Arade River.

The convent was developed from a group of houses donated by Simão Correia, captain of Azamor, who also built a small chapel in honour of Our Lady of Hope to thank “God’s protection in the wars”.

However, the building sustained considerable damage during the historic earthquake of 1755, after which it stopped being used for religious purposes and was later used for many other activities which slowly took their toll on the building.

According to the Direção-Geral do Património Cultural (DGPC), the public body in charge of cultural heritage, a fire broke out at the convent’s church in 1884 at a time when it was being used to store cork. The blaze also inflicted serious damage to the structure.

In 1911, the convent was taken over by João António Júdice Fialho, one of the main players of the Algarve’s fish canning industry, which turned it into a warehouse for his businesses before eventually being abandoned. 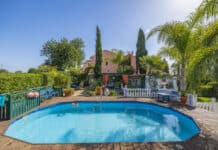 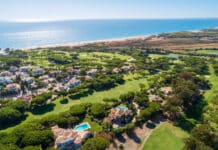 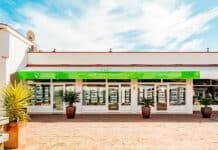