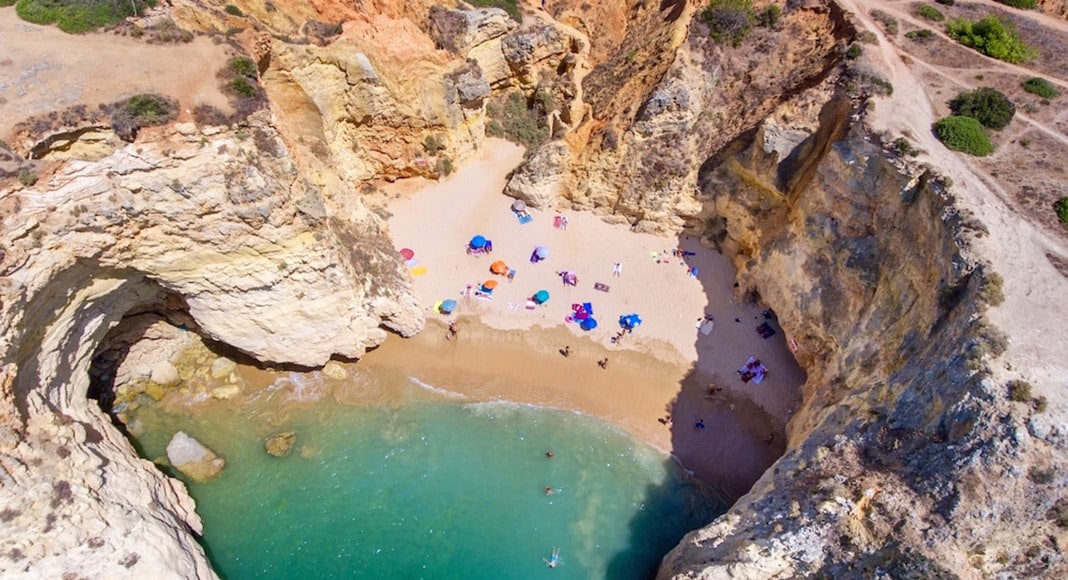 The secluded beach of João de Arens in Portimão has been named the “best beach in Europe” by UK travellers, according to online travel platform Vacaay.

“With more than 500,000 UK travellers creating their bucket-list itineraries through the platform, Vacaay is reporting that more British users included the Algarve’s João de Arens beach in their itinerary than any other beach in Europe,” the platform said in a statement to the press.

“Whilst not the easiest beach to get to, it is understandable why the remote João de Arens was voted number one, with its majestic golden cliffs and crystal-clear turquoise waters making it one of the most visually-appealing beaches in the world,” it adds.

“COVID has made us rethink the way we travel, and more specifically, where we travel to,” said Mr McKeon.

“There’s a growing trend toward holidaying in remote destinations in order to avoid crowded spaces and comply with social distancing measures,” he added.

João de Arens wasn’t the only surprise on the list, which also included Alogomandra beach on the Greek island of Milos and Cala San Nicola on the Italian island of Favignana, the platform said.

“Vacaay is putting lesser-known destinations on the map and driving awareness of secluded regions that travellers may never have even heard of, or ever considered visiting,” Mr McKeon added.

Readers may recall that a massive project to build three hotels in the João de Arens area, often described as one of the last untouched spots of Portimão’s coastline, received an environmental ‘thumbs down’ last year. (click here)