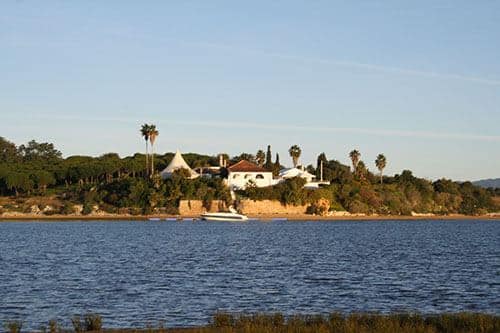 Portimão council has unanimously rejected plans headed by bankrupt businessman Aprígio Santos to build hotels and tourists complexes at his Quinta da Rocha estate, near Ria de Alvor estuary, dealing what may well be the last blow to the controversial project.

Sulinformação says the decision still has to be approved by the municipal assembly, but this will be a formality. In July 2015, the same assembly approved a motion calling for the immediate suspension of the development plans (click here).

According to the news portal, the jury in charge of evaluating the project said the plans were “unacceptable” and lacked “credibility, clarity and seriousness”.

In other words, the jury has questioned Aprígio Santos’ ability to take such a project forward when he is accused of several environmental crimes and reportedly €600 million in debt.

The project was also filled with “omissions” and “insufficiencies”, some of them related to “RN200 protected habitats”.

Their verdict was passed yesterday (February 3) by Portimão council.

He also thanked A Rocha association for its “equally tenacious” fight and all the locals who battled to avoid the “destruction of Ria de Alvor”.

The bid included the construction of hotels and tourist villages on what is one of the last spots of unspoilt wetland on the south coast, including 300 tourist beds across the estate’s 200-hectare area.