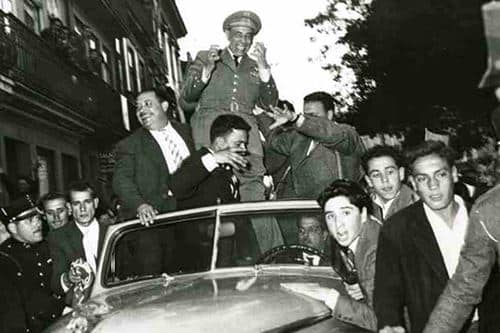 Inspired by two men from the United States residing in the Algarve, a traditional American football team is now established in Portimão, and has great ambitions of integrating further into the Algarve’s community.

In just three months, the Portimão Pirates team has been successfully compiled and consists of three coaches and more than 40 local players, all aged 16 and above.

American Algarve resident and one of the founders behind the project, Don Dixon, told the Algarve Resident: “American Football is a sport that is expanding everywhere and, for many decades, it has been part of a million-dollar industry in the United States.

“Nationally, the Portuguese league is going into its fourth season and there is significant growth of the sport, visible especially in the sprouting of new teams all over the country and in the growing number of pages related to the subject of American Football in the social networks,” he added.

In America, ‘football’ is a commonly played sporting game that consists of two teams of 11 with the objective of scoring points by advancing the ball into the opposing team’s ‘end zone’.

The Portimão Pirates are still a developing team and are looking for new players that reside in the Algarve, who are strong and/or fast, and, most of all, interested in playing the sport.

The team is also on the lookout for anyone with playing or coaching experience, to help out during training sessions and future games.

“Currently, we are doing the best we can to supply all equipment and protective gear necessary to the game, in addition to car-rides to training sessions in order for the team to get completely established and become the best it can be. We really hope to establish this sport in the Algarve community,” said Don.

“The team is also available for, and seeking, potential partnerships and sponsorships that can collaborate in the development of the team, offering in exchange, visibility/advertising, special promotions/media exposure and/or other kinds of mutual help for the institutions that see potential in the team and in the sport.”

Recently, a Portuguese commentator for the SportTV channel, Pedro Viana, embraced the project and is now part of the Portimão Pirates coaching staff.

All with an interest in the sport and who wish to participate in the Portimão Pirates team are welcome and encouraged to contact Coach Don and join the team.

For further information or for anyone interested in assisting with coaching or in playing for the team, please contact Don on 960 387 408 or donbillie@pobox.com or visit