Portimão museum is trying to find out whether one of its paintings is a copy or a first draft of ‘Abraham dismissing Hagar and Ishmael’ by 17th Dutch artist Rembrandt van Rijn.

Says researcher José Pacheco, the resemblance is “uncanny”. He feels it could either be a first draft by Rembrandt himself, or a copy made by one of his pupils.

The painting belonged to local poet and former Portuguese president Manuel Teixeira Gomes, who bought it in the UK in the early 1900s.

Entitled ‘Senhora, ancião e menino’, the painting was on display for some time but then went into storage. It was here that Pacheco, a teacher at Portimão’s ISMAT institute, found it and developed his theory. Portimão museum is now working with Dutch and English experts to try and establish the truth behind the painting. 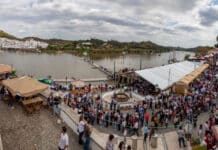 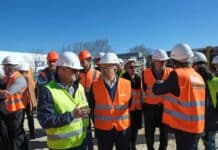