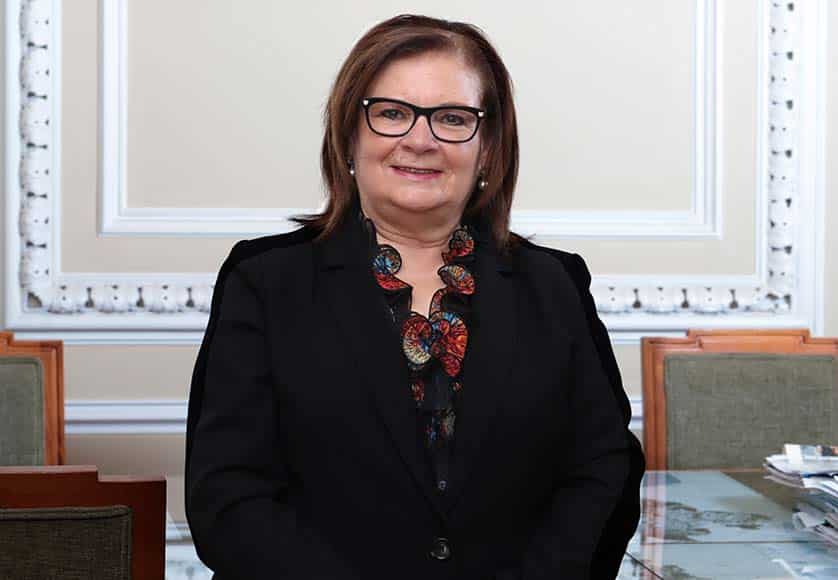 Portimão Mayor Isilda Gomes has expressed optimism for the municipality’s future and revealed that the local council is slowly leaving its debt-ridden history behind, with plans to pay off €10 million of FAM (municipal support fund) loan money in 2023.

This will allow the borough to emerge from a situation of “excessive debt” and plan for a brighter future, with “much more budgetary autonomy”, the mayor said in a recent interview with Barlavento newspaper, in which she tackled some of the borough’s most pressing issues.

Regarding the early repayment of €10 million in debt, which the council was planning to pay off by 2027, the mayor explained that it will help the council take a “different approach” when it comes to taxes and “everything else” starting in 2024.

“We can look to the future with optimism. We received this authorisation because we proved that we have financial security and a liquidity that allows us to do this,” added Gomes.

The council’s more ‘comfortable’ financial situation will allow it to tackle the municipality’s main priority at the moment: affordable housing.

“At the moment, we have a €70 million local strategy (for affordable housing),” said Gomes, adding that around 227 affordable houses will be built in the area of Vale Lagar in Pedra Mourinha.

The mayor said that 27 apartments will be ‘reserved’ for health professionals, teachers, and security forces (such as police) in order to address the lack of affordable housing in the borough, one of the main issues keeping these professionals away from the municipality.

Isilda Gomes also spoke of the town’s new temporary shelter for homeless people, which is located near the Igreja Matriz church and is equipped to welcome up to four women and eight men at the same time.

It provides homeless people with a safe place to sleep, eat and shower during the winter.

“What we have been noticing in the vast majority of cases is that these are people from outside of Portimão, many of whom foreigners. They want to come and live in Portimão, but sadly their plans do not follow through and they end up on the street,” she said, adding that anyone experiencing homelessness should come forward and get help.

The council is also hoping to tackle a problem which “affects the entire region”: the lack of mental healthcare.

“In a partnership with the Algarve University Hospital Board (CHUA), we have rented a space near the São Camilo Hospital which will be dedicated to mental health,” Gomes said.

The idea came from CHUA itself, which will manage the space and will allow mental health professionals to work more closely with the community in a “neutral and accessible space for consultations and family meetings”.

The mayor also spoke about the project to build a University of Algarve (UAlg) campus in Portimão.

The council has already made a plot of land available at Barranco do Rodrigo for the construction of a campus for 3,000 students, which would boast all the facilities that are required, including student residences.

“It’s a dream that I hope will come true. At the moment, our youngsters have to leave (Portimão) to go to university in Faro, Lisbon, Coimbra or Porto, with all the constraints that it brings to families. These days, it’s very expensive to travel and it’s not expected to get any easier in future,” Gomes said.

She added that an agreement has already been signed between the council, UAlg and the regional development commission (CCDR Algarve).

Whether the project will come to fruition during this mandate is unknown.

“Gathering the funding won’t be easy, but we are all fighting for it. Support for education and training is increasing in the EU because more education opportunities mean economic growth,” said Gomes.

Due to open in January is the Portimão’s new Hotel and Tourism School (Escola de Hotelaria e Turismo), which is being relocated from its old premises in Pedra Mourinha to the town’s old prison, near the municipal football stadium.

“This will be a high-level facility, which Portimão truly deserves,” said Gomes.

Also addressed by the local mayor were the plans to expand Portimão’s port, which have been in the pipeline for many years.

Isilda Gomes said that the matter is in the hands of the Sines and Algarve Port Administration (APS) and attributed the delays to the environmental impact statement, which “took a long time to complete”, as well as to the archaeology investigations which must be carried out.

“I cannot confirm when the works will start, as it’s not down to me, but I will fight for them to begin in 2023.”

Mobility will be another priority for the coming years, with Isilda Gomes promising to move forward with the construction of the new V10 avenue which will link Penina and Montes de Alvor.

“This project is fundamental for Portimão. This is an area often visited by people staying at five-star hotels. The current road is an embarrassment. I am not afraid to admit it because it is the truth,” said Gomes.

Also in the pipeline is the new road which will link the local hospital to Portimão Arena.

Traffic is also due to be restructured along the riverside, with the recent demolition of an old house which will make way for a new road to the busy Largo do Dique.

Isilda Gomes is also vowing to return the local park, Parque da Juventude, and auditorium to their glory days.

A new tender for the renovation of Parque da Juventude has been launched as the previous failed to attract bidders, while a tender has also been launched for the construction of a park, called Jardim do Mercado, near the municipal market.

“These are two infrastructures which are very much desired by the people of Portimão, as they will place focus on sustainability and the environment, two aspects that are much-needed in the town,” the mayor said.

The municipal auditorium – which has been all but abandoned – is due to be turned into a space for the town’s youth, where local bands and artists can pursue their passions.

Also undergoing much-needed work is the town’s municipal kennel, which is being expanded.

Isilda Gomes has also revealed plans to buy the iconic Alfagar building at the Praça da República square (also known as Alameda) and use it as the new local office for the Institute of Registry and Notary.

The institute is currently based in two apartments on Avenida Miguel Bombarda, which do not offer the necessary conditions for such a vital service.

The mayor added that the Alfagar building could also be used to host a new business incubator.

She believes these plans would also help bring more people to the centre of town.

“I think it is a shame that people do not shop locally, as there is a lot of quality to be found here,” said Gomes.