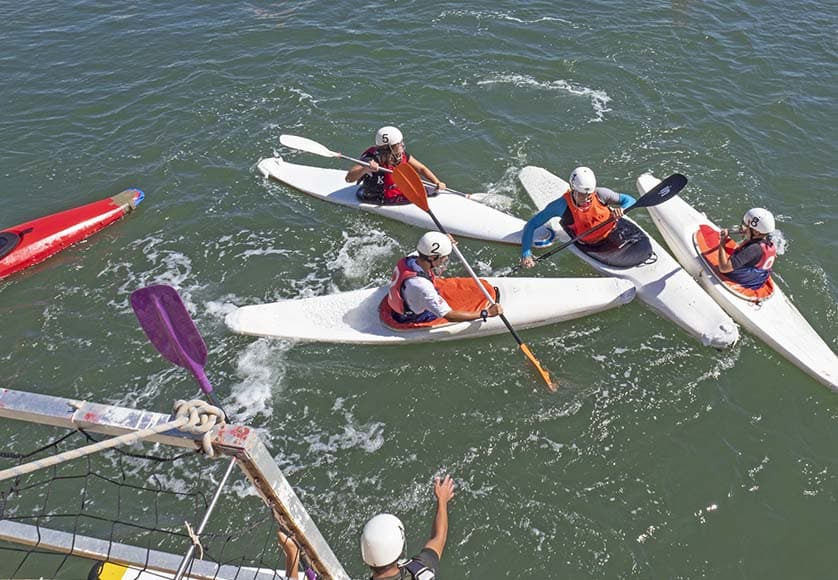 Portimão is preparing to host the Portuguese Cup of Kayak Polo this weekend (October 29-30) near the Clube Naval de Portimão.

There will also be an under-16s tournament, featuring two teams from Clube Naval de Portimão, one team from Clube Fluvial de Coimbra and another from Clube Kayak Polo Barra Oeiras.

Matches will be played from 9am to 6pm on Saturday and 9am to 4pm on Sunday. Admission is free.

Kayak (or canoe) polo is played by two teams of five players on a rectangular playing pitch that can be in open water or in a swimming pool. Matches are played over two halves of 10 minutes with the aim to score into a goal which is suspended two metres above the water at each end of the pitch. The ball in canoe polo is the same that is used in water polo and can be controlled by hand or by paddle.

According to the International Canoe Federation (ICF), canoe ball games have been played in Great Britain since the late 19th century and early forms of canoe polo were played in United States of America and parts of Europe into the first half of the 20th century.

A national championship in canoe polo was first held in England in 1971, but it was not until 1986 that the International Canoe Federation (ICF) published its first set of universal playing rules for the discipline, it adds.