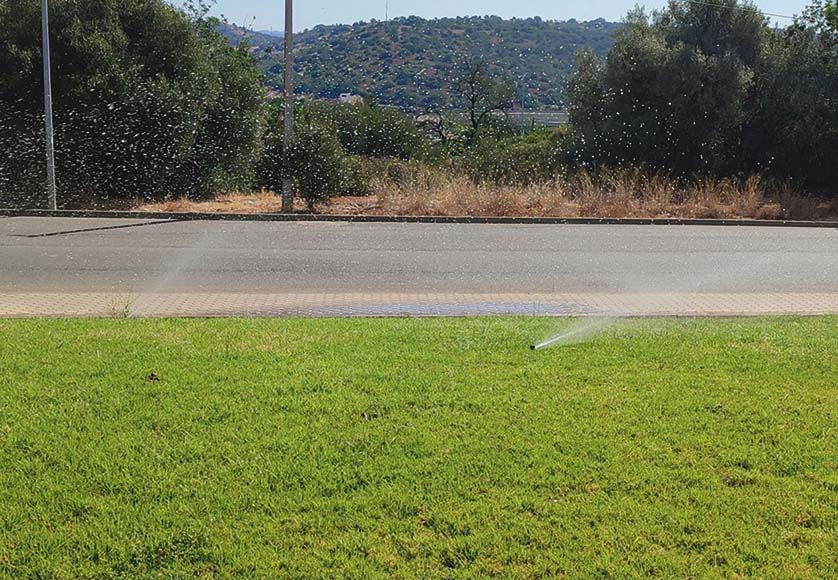 Portimão Council has announced a new set of measures – including the reduction of garden and green space irrigation – designed to cut its water consumption as every part of Portugal continues to battle some form of less or more serious drought.

“Given the current situation of extreme drought affecting the country, which is particularly serious in the Algarve, Portimão Council has implemented an important set of contingency measures aimed at rationing water and fighting waste, headlined by the reduction of irrigation periods for green spaces,” the local authority said.

Irrigation will be cut to a night-time and early morning schedule (11pm to 7am) to ensure the “survival of species,” the council said.

Surveillance of irrigation equipment will be increased to ensure no water is being wasted. However, the local authority is calling on citizens to report “any abnormal situation” to the municipal civil protection service (+351 808 282 112).

Public water fountains will only be functioning during daytime and they will be refilled less often, possibly even being closed in cases of “disruptive consumption”.

In August, the local council had already announced the closure of its beach showers due to the “growing need to ensure water is used in a responsible and strictly necessary way.”

The council says that it will remain alert and may implement further measures if needed.

It also says that it has been introducing new species, with lower water needs and adapted to the local climate, at its green spaces over the past few years in order to reduce their water consumption.

The measure has already led to the “suppression of irrigation at a considerable area of previously grassy areas,” the local authority says.

Streets are also being washed with “non-potable water”, while municipal services have been reinforced to quickly respond to any cases of ruptured pipes.