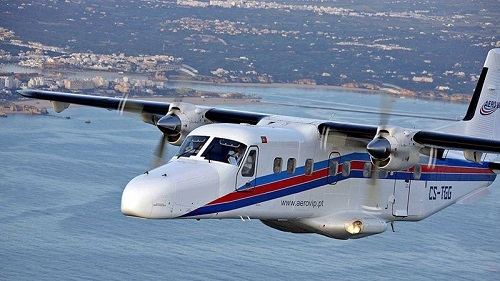 New flights linking Portimão to Bragança in the north of Portugal – via Cascais, Viseu and Vila Real – are off to a predictably slow start with a disappointing average of just five passengers per flight, charter company Aerovip has confirmed.
This means only 30% of the planes’ 18 seats are ever occupied – while the rest are being subsidised by the taxpayers.

Aerovip’s commercial director Sérgio Leal told TSF radio however that this is “normal” as December and January are the “worst months of the year” for these kinds of flights.

Flights from Cascais to Bragança and Vila Real are the most popular so far, with Portimão and Viseu still struggling to attract business.

As the Resident has reported, the air link was launched on December 22 after being shut down in 2012 because the European Union deemed it no longer economically viable due to improved road conditions (click here).

Taxpayers are subsidising the route – to a maximum of €7.8 million over the next three years.

The total paid out, as pre-2012, will depend on passenger numbers – thus this slow start does not augur well.