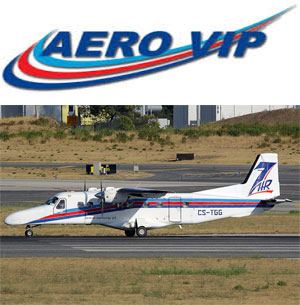 No sooner has it started – albeit with lacklustre results – than the Portimão to Bragança airlink has flown slap into problems.

At issue is the question of airport security – which GNR police say the five councils involved along the route should be paying for.

The force has thus slapped councils with eye-watering bills: Portimão faces charges of €40,000 per year, writes Lusa, while Viseu is being told to stump up €200 per working day.

Both councils have thrown up their hands in horror, along with Vila Real.

“We don’t intend to pay. We weren’t the ones who asked for the air service and we definitely aren’t going to take on this financial responsibility”, Viseu mayor Almeida Henriques told Lusa, adding that the GNR’s bills “must be a mistake” as none of the borough councils knew these charges were part of the deal.

In the Algarve, Portimão mayoress Isilda Gomes has said her borough simply cannot pay as it is still in recovery as one of the most indebted councils of the country.

What happens next remains to be seen. The Ministry of Internal Administration has blamed the whole confusion on the last government – saying it “failed to establish” a security deal, but stressing it will “find the best solution” to guarantee passenger safety.

This is just the latest glitch in the service that revealed only last week business is limping along with only 30% of the airline’s seats finding customers – and with the taxpayers funding the shortfall (http://portugalresident.com/portim%C3%A3o-bragan%C3%A7a-air-link-off-to-disappointing-start)