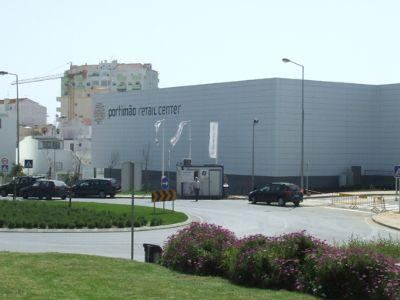 A second retail park was due to be officially inaugurated yesterday (March 26), with members of the public being able to sample some special offers as stores opened their doors to shoppers for the first time today (Friday).

Worten, the electrical retailer, is to open its largest store in Portugal at the new Portimão Retail Center, demonstrating the belief that the company has in Portimão as a prime retail destination in Portugal.

This second retail park to open in Portimão will see 10 new shops, including clothing store C&A, home decor shop Casa and supermarket Mini-Preço, as well as the Worten mega store which will comprise more than 1,500 square metres of shop area and employ 30 staff.

Six million euros have been invested in the retail park, which is due to employ 220 people in various roles directly and 760 people indirectly over the almost 12,000 square metre area.

While it may appear that Portimão is becoming saturated with retail parks, plans to open the Aqua Portimão commercial centre in 2011 are well underway.

Although still in planning stages, the suggested site for the new shopping centre is to be on a disused factory site in the Boavista area of Portimão and is set to cover an area of almost 32,000 square metres, making it not only the largest shopping centre in the Algarve but one of the largest in the country.

An environmental impact study needs to be approved before progress with the plans can continue.

However, if approved, the project will be on track to start building the centre this year. Aqua Portimão is due to have three floors of shops, a hypermarket, and 8,000 square metres dedicated solely to restaurants, entertainment areas and cinemas.

Not only is the Aqua Portimão shopping centre set to become a major attraction for tourists to the Portimão area it would also be one of the largest employers in the area, creating work for 1,650 people directly and a further 2,600 people indirectly.