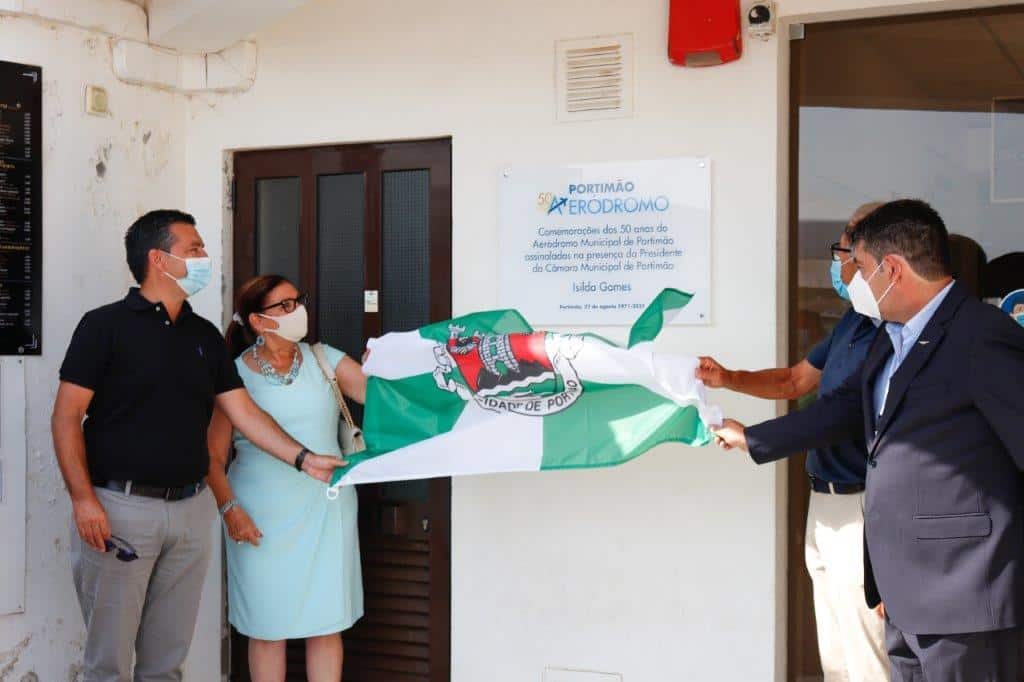 The municipal aerodrome of Portimão celebrated its 50th anniversary on Friday, August 27 with the unveiling of a commemorative plaque by local mayor Isilda Gomes, who revealed plans to expand the aerodrome and have it become a landing spot for the nearby Algarve International Racetrack (AIA).

“The aerodrome should become even bigger and more operational in order to respond more effectively to its needs and create a link with the AIA,” said the mayor.

Gomes added that many of the racetrack’s visitors arrive in the Algarve in their private jets at Faro Airport when they could be flying directly to the aerodrome, which is just a few kilometers away from the racetrack.

“So we have to think about extending our runway, providing more quality to the aerodrome and getting those jets to land here instead, from where passengers can go directly to the racetrack,” the mayor said.

To do so, the council will soon be taking over an “adjacent agricultural plot of land” which will allow it to “increase the existing conditions and welcome larger planes.”

A deadline for the project was not revealed, however.

The aerodrome’s “privileged conditions for skydiving” were also praised by the local mayor.
“I dare to say that in the last 10 years there have been millions of skydives by skydivers from countless countries, accompanied by their families, which has dynamised the local economy a lot,” said Gomes.

The mayor also praised all of the aerodrome’s workers, as it “is their commitment and dedication that allows it to respond to the demanding requests they face on a day-to-day basis. In this line of work they cannot play around, as the slightest oversight can have serious consequences.”

The municipal aerodrome is also one of the stops of the Portimão-Bragança air link, launched in December 2015.

Several other events are also due to take part until the end of the year as part of the aerodrome’s 50th anniversary celebrations and are due to be announced soon.