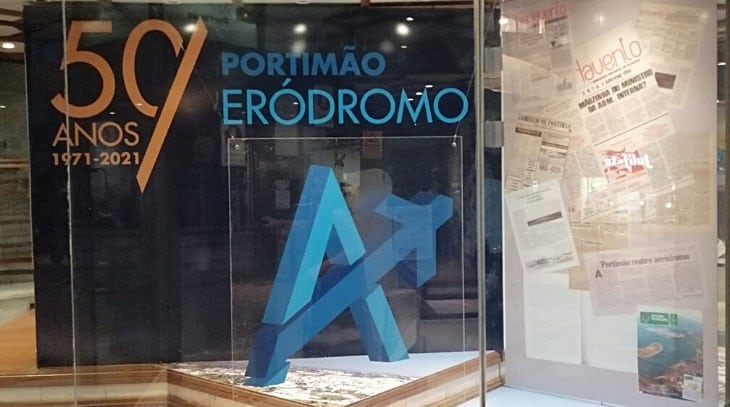 After weeks in which its skydiving businesses were closed for reasons of safety (click here), Portimão aerodrome is back in full operation, with celebrations scheduled for Friday when the infrastructure will be marking its 50th birthday.

Opening at 10am, visitors will be offered a slice of ‘traditional birthday cake’; there will be an exhibition of “moments at the aerodrome”, presented by photographer José Estiveira – followed by a celebratory ‘tandem jump’ at 11am with a commemorative flag.

The municipality is expected to take part in the event, handing out gifts to passengers using the Portimão/ Cascais/ Bragança flight route, operated by Sevenair of Cascais.

Local reports describe the “sustainable growth” of the aerodrome in recent years (with exception of the difficult pandemic year of 2020), skirting around the issue that skydiving businesses have been severely curtailed by new safety rules.

The businesses reopened in July after weeks of enforced closure, offering tandem jumps only. The habitual skydiving ‘festivals’ that attracted thousands of jumpers from all over the world appear for now to be ‘on hold’.

A source for one of the businesses said he had no idea when, or even if, they would be returning.

Meantime, Skydive Seven – one of the leading businesses at the aerodrome – has issued a communiqué saying it will be complying with the new safety rules “scrupulously” and “expressly repudiates” any connection “with offensive movements and reactions over social media by those who do not hesitate to use these means to offend and vilify administrative officials for the implementation of (the new) measures”.