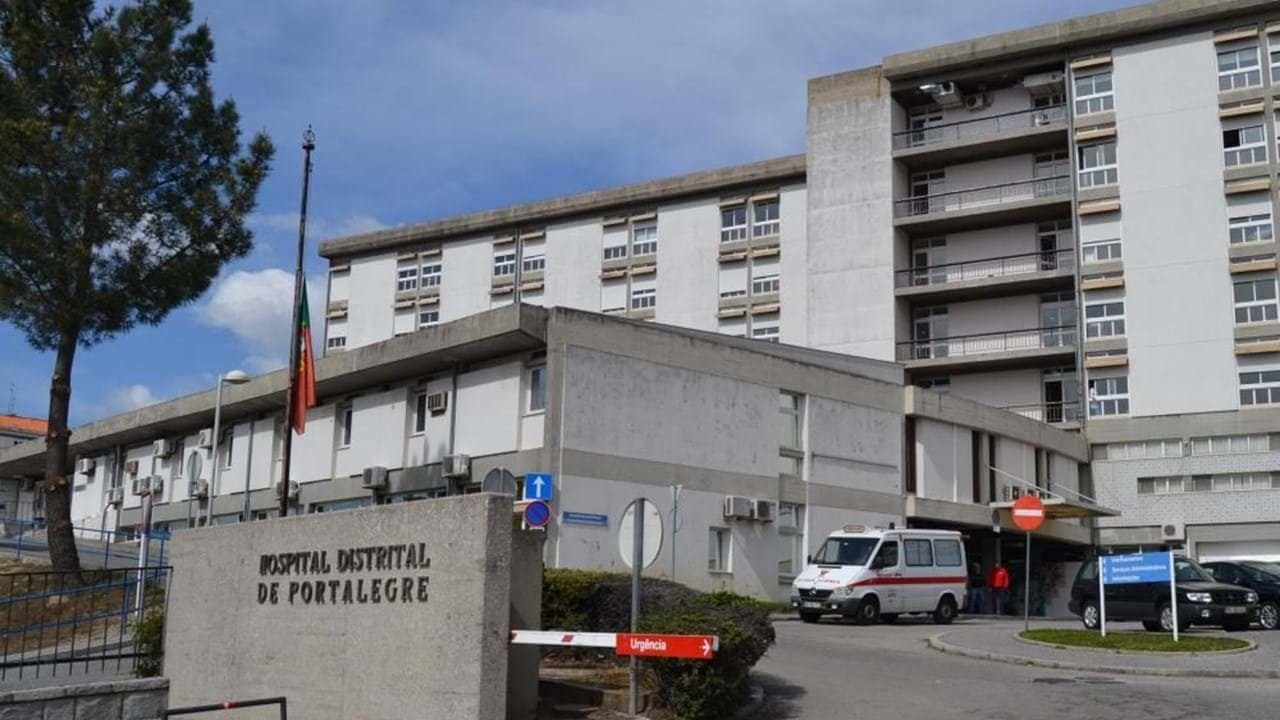 Continuing crises in terms of staffing in Portugal’s SNS State hospitals have seen Portalegre cited as the latest A&E department that is critically low on doctors.

Says SIM, the independent syndicate of doctors: “All levels are in total non-compliance of minimum safety requirements for patients and personnel”.

The managing body of the north Alentejan health unit however insists “at this moment” A&E is “answering necessities”.

These ‘small soundbites’ appear in the press everyday: referring to one hospital or another. But the reality is that focus on Covid continues to be overwhelming to the detriment of almost everything else in terms of citizens’ health requirements.

Luís Campos Ferreira, a PSD MP writing in Correio da Manhã today, talks about the “state of siege in various public hospitals due to lack of resources and conditions to treat people” manifesting “all the other illnesses and diseases”.

“The mass-resignations of A&E chiefs of service (at Lisbon’s Hospital de Santa Maria click here), the requests for ‘excuse of responsibility’ (click here), the total saturation of extra hours demanded of health professionals and the state of exhaustion that they reach after almost two years of struggle against the pandemic show that those in positions of responsibility have not learnt the lesson”, he says.

“Even yesterday, (the prime minister) António Costa accepted there is “more to health than Covid”. Yes, there is. And who also says it is the General Medical Council (Ordem dos Médicos) which accuses hospitals of having empty spaces waiting for patients with Covid-19 when these spaces are absolutely essential for the treatment of other pathologies”.

This reserving of space for potential Covid casualties “is happening in hospital infirmaries, in intensive care, in surgical blocs”, Campos Ferreira explains..

“The government should be aware of the elevated human cost of leaving non-Covid patients behind. All the reports from diverse entities point to this tragic failing in non-Covid response in Portugal”.

It’s a problem that can never be solved with “crocodile tears”, the centre-right MP concludes, claiming the only solution is a “serious and competent government” which in his opinion Portugal does not have.

In the wider sphere, commentaries like this can apply across the board. The description almost certainly applies for example to the United Kingdom, where feelings against the current Conservative government have never been so obvious.

But another aspect barely mentioned in the daily soundbites – either when they refer to Covid news, or the ‘health service in crisis’ topic – are the huge differences in numbers this year, even when it comes to infections.

Right now, the wider media is bombarding the public about concerns over the ‘increasing number of infections’ of SARS-CoV-2.

There is no information however on how this data is collected.

The Our World in Data website – widely cited to show, for example, how excellent Portugal’s vaccine coverage is – also indicates how many more tests are being carried out this year to show these ‘increased numbers’.

In a nutshell, authorities have had to triple the number of tests to find positive cases:

If testing had remained the same, less cases would almost certainly be being flagged.

At least, that is one way of looking at the data, and one way of interpreting a situation that is leaving so many people with other health issues at quite some considerable risk.

Coincidentally, shortly after this text was uploaded, the city council of Porto announced that it would be opening 18 testing centres by the end of the week for ‘free antigen testing to detect Covid-19’.