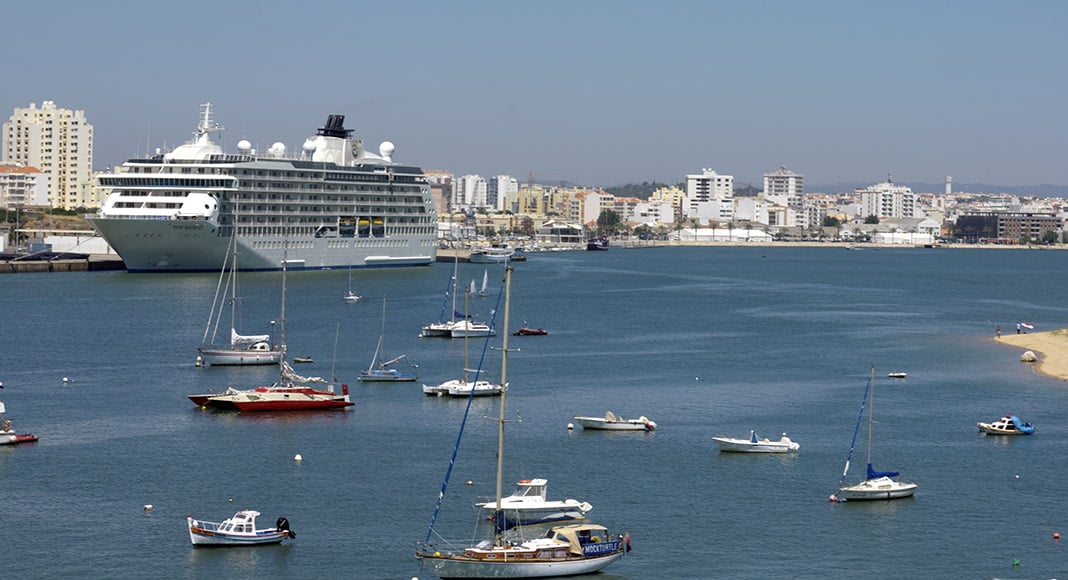 Following a wave of protests from locals in Ferragudo, the Sines and Algarve Port Administration (APS) and Portimão Mayor Isilda Gomes have come to the defence of the Arade River dredging project which aims to expand the Portimão Port’s navigation channel to welcome cruise ships measuring 334 metres in length.

They believe the project, which has been in the pipeline for years, could have a huge positive impact for the Algarve and stress the goal is not only to attract cruise ships.

“Portimão has the conditions to become the Algarve’s Port. It is the only one with the needed conditions to create a port that serves the region,” APS President José Luís Cacho told local newspaper Portimão Jornal last week.

He said that the initial strategy was to focus mostly on cruise tourism, but the “goal now is also to attract freighters which transport cargo and passengers” as well as “roll-on/roll-off ships” designed to carry wheeled cargo such as cars and other vehicles.

As he admitted, the Covid-19 pandemic has hit the cruise tourism sector hard and “alternative solutions are needed”.

“We will see how the market will react and look for solutions which value the port and the Algarve,” Cacho said.

Following a public consultation period, the project is now awaiting the verdict over its environmental impact study. In the case of a ‘thumbs up’, APS hopes to move forward with its plans as soon as possible. The works are expected to take approximately one year to complete.

“These procedures are long and have important constraints, some related to archaeology, and we are trying to carry out a project that doesn’t cause problems to anyone. We have an interest in the project going as smoothly as possible,” the port administration boss told the paper.

This has not been the case. The project has been widely criticised by the population of the neighbouring village of Ferragudo due to the “irreparable damage” that locals believe it could cause to the village’s beaches. They also fear that the works could lead to the destruction of Arade River’s underwater archaeological heritage, while Lagoa Mayor Luís Encarnação has warned it could also spell the end of plans to build the long-awaited Ferragudo Marina.

A citizens’ group ‘Defensores de Ferragudo | Não à destruição! Sim à preservação!’ (Defenders of Ferragudo | No to destruction! Yes to conservation!) was created to fight the project, as well as a petition which has already been signed by thousands.

Portimão Mayor Isilda Gomes said she “respects” all the opinions that have been voiced and expressed a willingness to “overcome” any issues that the project poses for other boroughs.

Nonetheless, she highlighted the benefits she believes the works could bring to the Algarve.

“Cruise tourism is important, but it isn’t the only aspect planned for the port, which is also expected to be for loading and loading – thus the strategic importance of this port for the south of the country,” the mayor said.