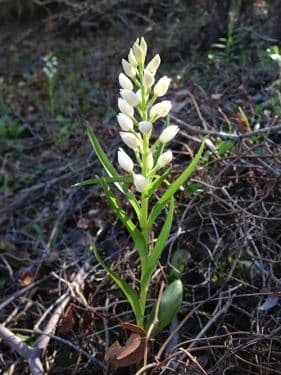 Silves Medieval Fair, the most popular event in the city’s cultural calendar, is being held this year thanks to an agreement established between the council and a private theatre company.

Silves Mayor said the future of the cultural event, which attracts thousands of visitors to the city each summer, was at risk due to lack of funding by the câmara. Due to the current economic crisis, it has to give priority to other commitments within the municipality.

Isabel Soares said: “The medieval fair, now in its ninth year, is one of the most important yearly events in Silves, supported until last year by the Allgarve programme (cancelled this year by the government).

“But in the face of grave economic and financial difficulties, the event was at risk of not taking place this year as the câmara was unable to support the expenses the Silves Medieval Fair generates.”

But recognising the importance of the fair as a revenue generator for the local economy, Isabel Soares said she could not let the local population down by cancelling the event and jeopardising the chances of restaurants and other commercial establishment of earning much-needed income.

“This is the event our community looks forward to the most each year,” she said.

Thus, “after much deliberation”, a collaboration protocol between Silves Câmara and Viv’Arte Theatre Company, specialists in recreating history through the performing arts, was approved on July 4.

The theatre company from Aveiro, central Portugal, will be responsible for organising, funding and promoting the medieval fair with the Câmara simply providing the public space for the event, a support team and some equipment necessary to its organisation.

“With this protocol, the Câmara won’t incur any expenses and our budget won’t be compromised,” said the Mayor, adding that entrance to the event this year would however not be free as in previous years (read below).

Silves Medieval Fair is taking place between July 28 and August 5, a week earlier than last year.

In February, Silves Câmara announced that the decision to move the dates of the event forward was so it wouldn’t clash with Fatacil in Lagoa, the various seafood and sardine festivals across the region and the Medieval Fair in Serpa, Alentejo.

The popular event, held daily from 6pm to 1am, aims to recreate medieval life in Silves, having its castle as the perfect backdrop.

In a truly unique atmosphere, visitors to Silves will find themselves mingling with knights and dames, kings and queens, peasants and beggars as well as be able to experience the tastes, sights and sounds of the period between the 8th and the 13th century.