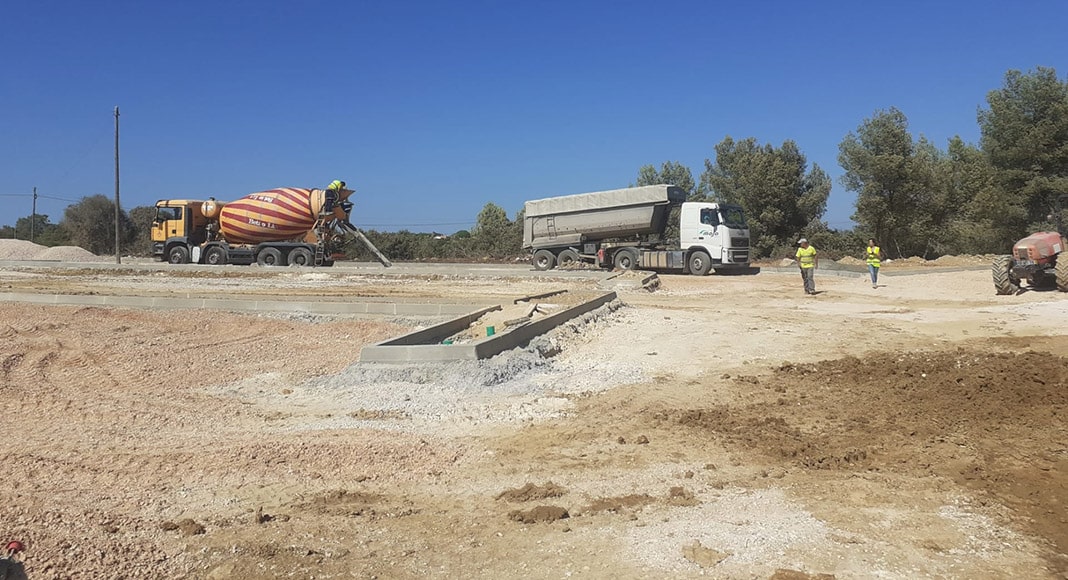 Minority PSD councillors claim the council forged ahead with work over the summer before getting the necessary permissions from APA (the Portuguese environment agency) and CCDR (the regional commission for rural development).

The reason both these authorities have to give their green-lights is the area in question is part of ‘national agricultural reserve’, say the councillors in a statement sent to local papers denouncing the council’s intervention as ‘illegal’.

This has brought a furious retort from Lagoa mayor Luís Encarnação who explains it is “ridiculous to say the works are illegal”. Indeed he claims he cannot even understand the PSD’s accusations: the municipality had been planning this upgrade since 2017 and it was specifically designed to be environmentally-friendly (using stones that allow rainwater to permeate the ground) while doing away with the kind of abusive parking in the past that saw camper vans damaging the cliffs.

Says Encarnação, the PSD have basically ‘got it all wrong’ when great care has been taken to create a carpark that will help preserve the environment and actually channel rainwater away from the cliffs (which only added to risks of coastal erosion).

For now the squabbling is taking place over social media as the new carpark now provides space for 75 light vehicles and three buses (camper vans will have to go elsewhere).