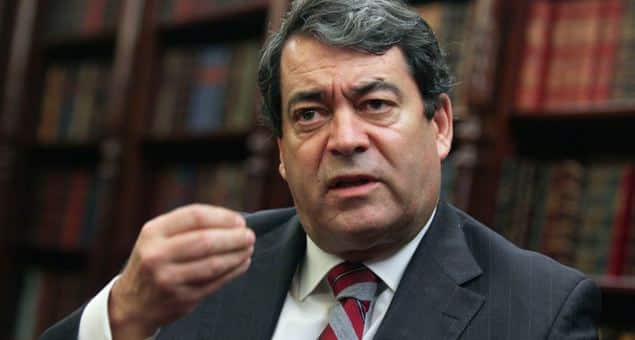 As UKIP gathers strength in UK, here in Portugal new political parties are forming in readiness for next year’s general election. And one of the first to give a glimpse of its manifesto is that of political maverick Marinho e Pinto – the Euro MP who ditched his job seven days after taking his seat in Strasbourg, complaining Europe was “all about the money”.
Speaking to Lusa news agency, Marinho e Pinto has said his Partido Democrático Republicano (PDR) will stand for quality public services, a functional justice system, regionalisation (a topic covered in The Resident’s September 26 edition) and effective measures to dissuade young people from emigrating.
Still keeping guns blasting on the economics behind today’s politics, the former head of the lawyers’ association (Ordem dos Advogados) maintained that Portugal’s right wing “keeps its ideals in the same pocket as its money” and that the country’s justice system focuses on petty criminals, while “big economic and financial crimes go on unpunished”.
In many ways – a bit like Nigel Farage and the little party that is suddenly taking Britain’s political establishment by storm – Marinho e Pinto is saying things that the man in the street will readily appreciate.
Further details of his PDR party will be revealed at an official presentation this Sunday (October 5 – coincidentally the Day of the Republic) to be held at 3pm in Coimbra’s Casa Municipal de Cultura.