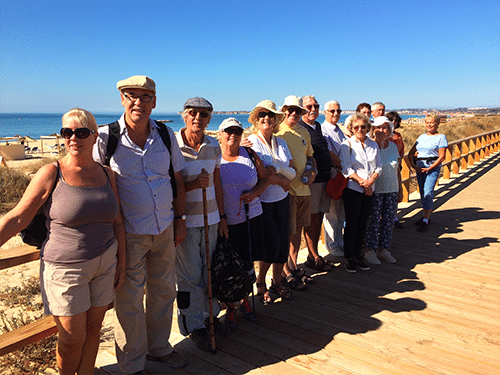 The European Union has agreed, in principle, to a multi-billion Euro stability raft to help Portugal.

The outlines of the deal, which has yet to be formally agreed by some member states, was hammered out at a meeting in Brussels

It is not the same as an International Monetary Fund/European Union bailout in that it aims to help several European Union Member States currently suffering from sovereign bond market speculation, such as Spain and Italy.

Portuguese Prime Minister, José Sócrates, was confident over the weekend that the Rescue Fund would help avert Portugal having to go cap-in-hand to the IMF for a €70 billion bailout.

However, the deal is far from sealed as there is opposition in both the French and German parliaments from political quarters who do not see why their citizens should send a further lifeline to help profligate Southern European countries.

Eurozone leaders, who met on Friday, are calling the deal a “stabilisation pact”. But it is also not certain that the Portuguese Parliament will accept the bitter medicine that goes along with the deal on the table.

It would entail further tough austerity measures including freezing State pensions for all retired Portuguese citizens and cuts for generous pension allowances over €1,500 a month.

Other stiff measures include Portugal’s banks being forced to recapitalise and deleverage, market reforms to make the economy more competitive, an additional 2.4% in public spending cuts and ambitious plans to up revenue by 1.3% within three years.

Already dubbed PEC 4 (Stability & Growth Pact 4), opposition parties and the President of the Republic, Cavaco Silva, were said to be incensed that the Government didn’t even bother to inform them about the details of the meeting or seek their opinion.

Before the meeting, some European Union leaders were trying to push Portugal into a corner and accept a bailout package – something that the Government and its Finance Minister, Fernando Teixeira dos Santos, have always sworn to resist.

But with interest rates on five and 10-year Portuguese sovereign bonds approaching 8%, most economic commentators say Portugal’s position, like Hungary, Ireland and Greece’s was, is financially untenable.

On Wednesday last week, Portugal managed to auction off €1 billion worth of treasury bonds at 5.99% – but they were short-term bonds maturing in two-and-a-half years.

Spain too suffered last week after ratings agency Moody’s decided to downgrade its creditworthiness and suggested its banks needed to recapitalise. The ratings agencies have also expressed concern about Portugal’s banking system and liquidity stating they are far too reliant on foreign borrowing.

The Portuguese government has said it will do all that is possible to avoid a Greek-style bailout including more austerity cuts.

However, critics say that people who can ill afford it are paying the price while “fat-cat directors” of “useless” government departments and quangos don’t make sacrifices and the Government is failing to address this issue.