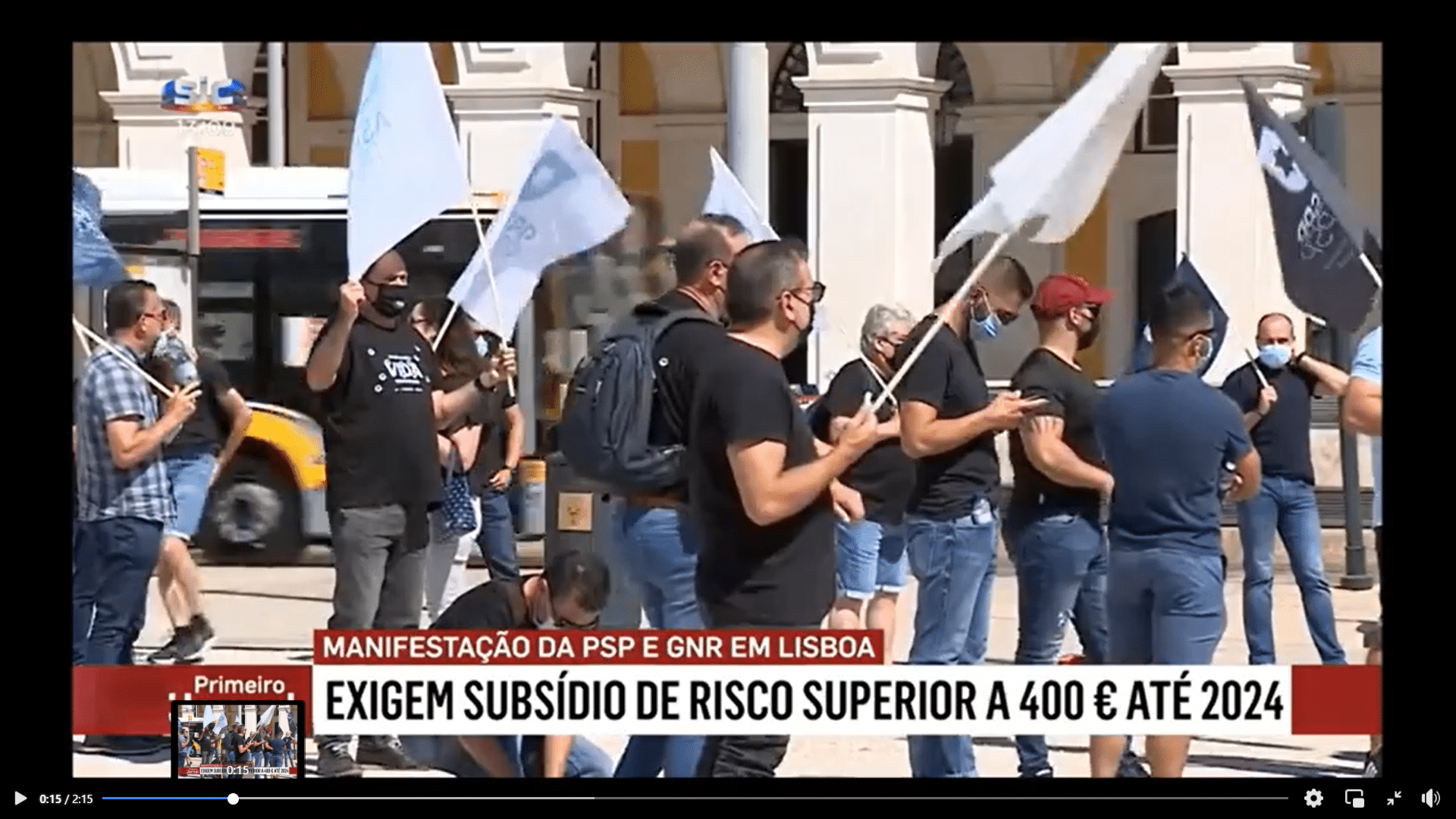 Already in the third round of negotiations, police syndicates have today rejected the government’s latest offer to increase pay in recognition of the daily risks they run.

Antero Luís, Secretary of State for Interior Administration, told reporters the offer (taking the fixed component for police service to €100 per month) amounts to an additional outlay for the State of around €50 million.

It would also take the average pay for a PSP agent to just over €2,000 per month (which is roughly €200 more than other public sector workers).

But syndicates say it is not enough, and talk of “subterfuges” being put in play to avoid paying what they have been asking for for the best part of a decade (a risk subsidy for all agents of over €400 a month).

“The struggle has to be constant until we get a risk subsidy that corresponds that what is effectively the risk”, Paulo Santos, leader of the ASPP/PSP syndicate. “We cannot be undervalued in this way”.

The next round of negotiations will start next week “but only to debate if the quantity defined by the ministry is to be updated annually”, writes Jornal de Notícias, adding that the plan is for the new payments to start coming onboard from 2022.