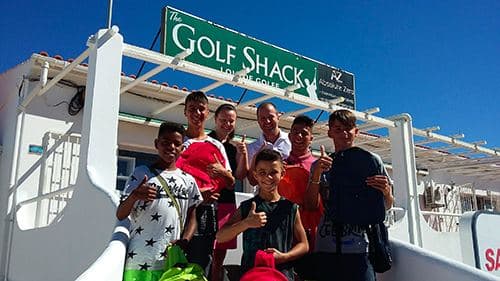 GNR in the Carvoeiro area have declared that they are working to alleviate the security fears of local residents by coordinating a proposed new home security plan for the area.

At a meeting on March 11, organised by the residents and business owners association of Carvoeiro, Vozes Intensas, two members of the local GNR police, the Junta president Jorge Pardal, members of the association and local foreign residents were all present to discuss security fears and crime prevention methods.

Some of the residents commented during the meeting, which was held in English, that they were now “living in fear” in Carvoeiro and the surrounding area because of the threat of crime.

One attendee said: “I now never leave the house when it is dark and literally barricade myself into my home through fear of crime.  Although my home is not isolated, I do feel very alone because the other properties surrounding me are empty during the winter months.”

A spokesman for Carvoeiro GNR said that the police were now working to address security measures and were working on a proposed scheme to collate data from isolated properties in the area to ensure a quicker response time to emergency calls.

“We are working to create a new programme for isolated properties where we are asking owners to submit their contact details and GPS coordinates for us to be able to know exactly where properties are in a scheme similar to that already found in other areas of the Algarve,” said the GNR spokesman.

Members of the GNR will be available to meet home owners at their properties to discuss security issues and fears and place them on a map of isolated properties that they can then use to respond to calls more effectively.

The GNR also stressed the importance of the need for residents to work with the police to help to combat crime: “If you see something suspicious then call us, even if it is only a small thing. It is better that we are aware.  Carvoeiro GNR is open 24 hours a day so please call us if you need help,” said the police spokesman.

Meanwhile, other issues concerning Carvoeiro residents were also addressed at the meeting including the need to remove palm trees in the town.

Junta president Jorge Pardal said: “All the palm trees in public areas in Carvoeiro will be cut down before the start of the summer season.  While it is possible to treat palms infected by the weevil, it is very costly so we have decided to remove all the palms affected in the town with the first to go being by the taxi rank.

He added: “These palms will be replaced by other trees that can offer shade and we are advising everyone in the area to remove their palms to try and eradicate the weevil completely.  We hope that perhaps in the future, when the weevil has completely gone, that palms could again be planted.”

Cláudia Boto from the association told the Algarve Resident that she had been pleased with the responses to concerns from both the Junta and the GNR, however the turnout for the meeting had been disappointing.  She said: “We held this meeting because the foreign residents asked for it but only very few attended in the end and, because of this, we are now only holding meetings perhaps once a year.”

She added: “If people have concerns or issues then they only have to call or email us and we can take these to the police or the Junta to be resolved.  We are now working towards our Easter and summer parties and we will be emailing members about these events and inviting businesses that are members to take part.”

Membership to the association costs €5 per month.

For further information about the association or to become a member, please call 919 469 285 or email vozesintensas@gmail.com
1″>news