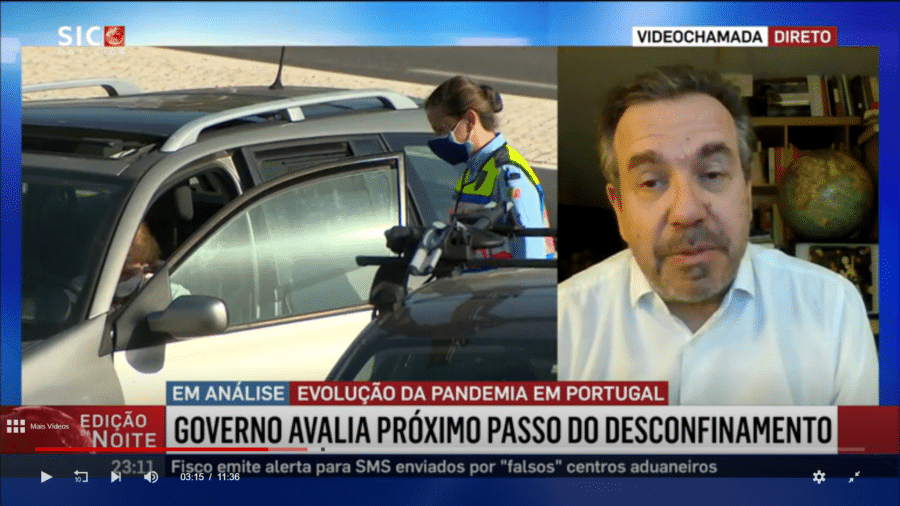 Police will be out in force to ensure national citizens comply with the reinforced restrictions on mobility over Easter – but there are various important ‘exceptions’ to the rules.

Explains Expresso: “Foreigners, emigrés and residents of Madeira and the Azores can circulate between boroughs on the Portuguese mainland over Easter, in order to reach hotels or local lodging (AL) establishments where they have reservations. This rule does not apply to Portuguese with residence on national territory” who are simply refused permission to stay in any mainland hotel.

However, if mainland residents have reservations to fly to Madeira or the Azores, they will be allowed to leave their boroughs and take these journeys, secretary of state for Tourism Rita Marques has clarified.

Ms Marques was fielding questions from AHRESP, the Portuguese association of hotel catering and restaurant establishments, which had a number of questions over what members who remain with establishments open can and cannot do.

Again Expresso stresses that “hotels can run Easter promotions, but without the purpose of increasing the affluence of people”.

According to Ms Marques, hotels can offer these promotions as long as the practice “is not exercised in an abusive fashion”.

Abusive in this case means: “Anything – even in the abstract – capable of increasing the influx of people”.

Ms Marques complicated the concept further by saying: “Promotions should only be admitted without being associated with advertising or marketing campaigns”.

AHRESP has tactfully said that it is waiting to read the government’s full set of rules for what they hope will be a wider opening post-Easter, when hotel restaurants can operate more freely.

Right now, guests are restricted to meals in their rooms, which is why so many establishments remain closed.

As to the warnings of ‘reinforced vigilance’ by police forces over the next 10 days, the consequence of being identified ‘outside one’s borough of residence’ will be an on-the-spot fine of a minimum of €200.

Say reports, the fines can reach up to €1,000. It all depends on the circumstances, and whether or not the person fined agrees to pay up ‘then and there’, or whether they refuse and then the whole process will become more lengthy, and expensive.