Police alerted by a complaint about a ‘crowd of people’ gathered near the Odeleite dam in Castro Marim yesterday discovered it was a ‘crowd of politicians’, and that in this context, the gathering was perfectly acceptable. Say reports, the group – including environment minister João Pedro Matos Fernandes – had assembled to announce “among other things” an investment of €1.5 million in the dam. President of Águas de Portugal António Eusébio told GNR agents the event was “of a political nature” and therefore exempt from pandemic-led restrictions. 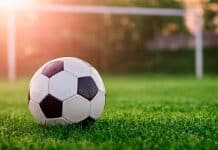