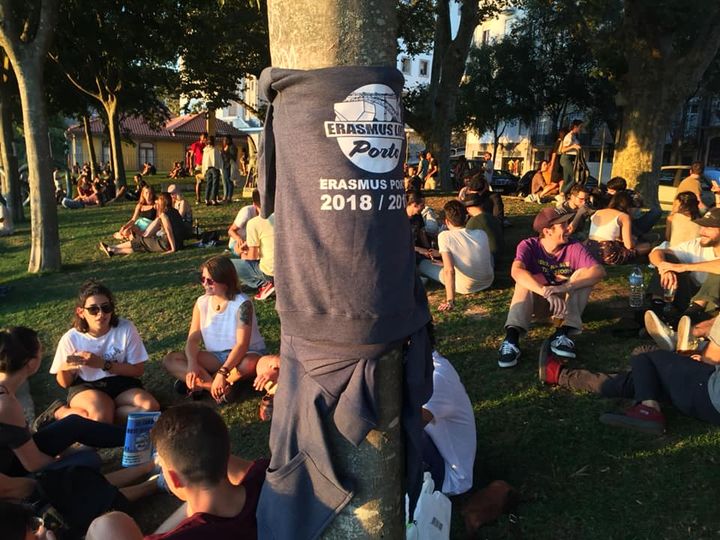 Police simply don’t have the manpower to break-up large gatherings of young people partying into the night in defiance of government measures to try and stem the spread of the virus.

Eight days away from the country’s ‘return’ to a State of Contingency, the State of Alert rules regarding drinking in the street seem to have become unenforceable.

“There are no miracles”, Paulo Rodrigues of the PSP syndicate ASPP has told tabloid Correio da Manhã.

“When there is just one patrol car in an area it can take hours to respond to a situation”.

Many PSP stations have only four or five agents on duty per night, he said, thus irrespective of how many calls come in, there is a limit to what agents can achieve.

“The police have received many calls with complaints about noise, gatherings in residential areas, even of cars distributing drinks to the young people who have met up”, Rodrigues explained, adding “this is a delicate business. Many of these youngsters just want to let off steam. Because the bars and discotheques are closed, they seek alternatives. We can’t let this become routine, obviously, because this kind of behaviour can put public health at risk”.

But at the same time, there is a limit to what agents can do.

Another ‘issue’ is the response of the young people when they are challenged.

Some “do move on” but they invariably meet up very quickly afterwards and continue socialising, playing music and generally ‘having a good time’.

Others become confrontational – which can lead to reinforcements being called in, arrests being made and everything that goes with it.

Rodrigues says he blames the government for the situation as the force is still desperately short of manpower and not being able to implement any meaningful recruitment drives.

This week will see ‘changes’ brought in – not least in the form of the ‘new rules’ to come in force when the country returns to a State of Contingency on Tuesday September 15.

Meantime virus numbers are continuing to rise – as they are throughout Europe – though the majority of those infected are showing light (if any) symptoms.

The number of people being treated in Portuguese hospitals crept up over the weekend to 354, of which 43 are reported to be in intensive care.

The majority of cases remain in the metropolitan areas of Lisbon and Porto.

find our jackets on the trees and join us.