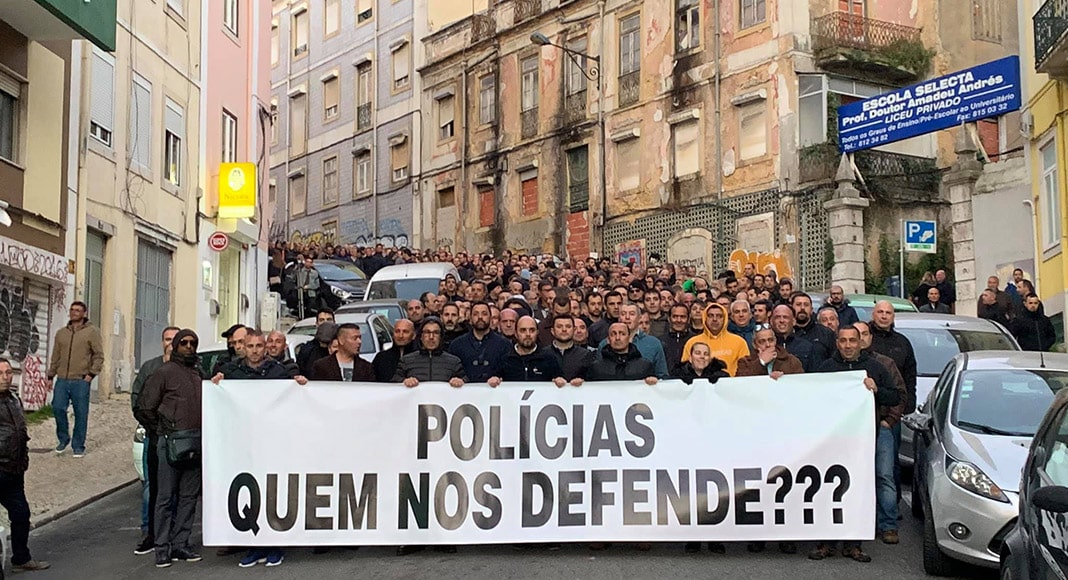 Associations of the PSP and GNR police have ‘dug in’ following pledges made by the government recently (click here).

Their message is that the blueprint for the future ‘sounds all very nice, but details are far too sketchy’.

In a bid to reinforce the government’s position, Minister for Internal Administration Eduardo Cabrita went on air this week claiming recruitment plans went beyond requests by the various syndicates.

Unsurprisingly, this has been refuted by syndicate leaders who say protests planned for Braga, Lisbon and Faro in the Algarve remain in place for next Tuesday.

The bottom line coming from police forces is that both the PSP and GNR need roughly 1000 new agents to be hired every year until 2023.

As Paulo Rodrigues (PSP) and César Nogueira (GNR) have stressed, the government’s plans do not stipulate how many new agents will be brought in this year – and that is a major concern.

The syndicate leaders have also said that a recent meeting with Secretary of State Antero Luís suggested that civilians are among the government’s purported 10,000 to be recruited for the PSP, GNR and SEF in the next three years.

Meantime, Movimento Zero – an anonymous group of police from all forces – is also continuing with its plans to stage strikes at the country’s airports next Tuesday.

On CMTV this week, Eduardo Cabrita said the government has no intention of negotiating with Movimento Zero as it is a “marginal force”.

“Anonymous movements are undemocratic”, Cabrita told his interviewer. “We negotiate with syndicates…”

Tivoli Carvoeiro’s The One to host three wine-pairing dinners

Two killed, one seriously injured in EN125 crash in Albufeira